CAA delayed due to COVID-19, to be implemented soon: J.P. Nadda in West Bengal

All of you will get the benefits of the Citizenship (Amendment) Act, he said 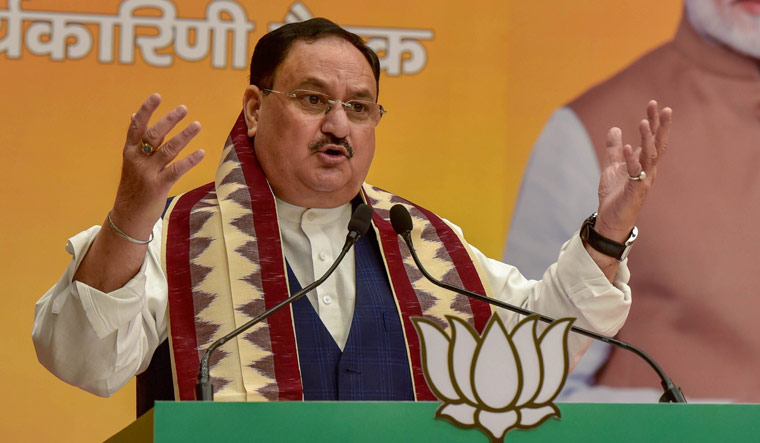 BJP national president J P Nadda on Monday said the execution of the Citizenship (Amendment) Act has been delayed due to COVID-19 and asserted that the law will be implemented soon.

Nadda, who was speaking at a meeting of social groups of north Bengal, accused the Mamata Banerjee government in West Bengal of indulging in "divide and rule politics" o serve the political interests of her party, the TMC.

“All of you will get the benefits of the Citizenship (Amendment) Act. It has been passed in Parliament. We are committed to it," he said at the meeting.

"Due to COVID-19 pandemic, implementation of CAA got delayed. But as the situation is slowing improving, work has started and rules are now being framed. It (CAA) will be implemented very soon," Nadda added.

He exuded confidence that the BJP will form the next government in West Bengal after the state assembly polls in 2021 as the people of the state are fed up with the violence and cut-money culture of the TMC government.

Nadda, who is on a day-long visit to take stock of organisational matters ahead of 2021 assembly elections, held separate meetings with BJP leaders of north Bengal region and social and religious groups.