With this, police have arrested eight people in the case 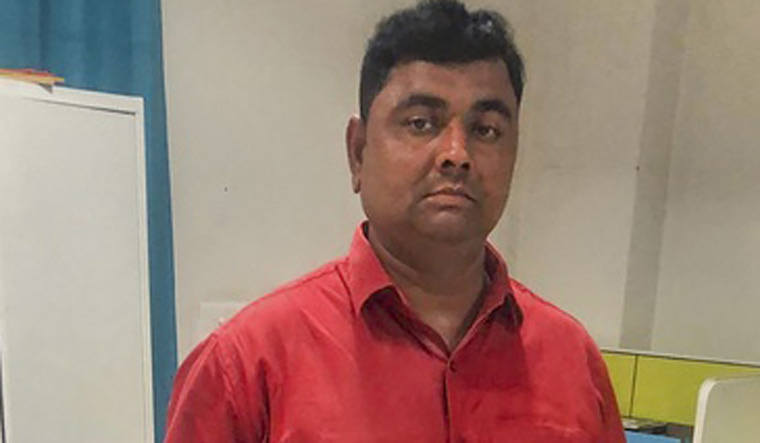 The Uttar Pradesh Police on Sunday arrested three persons, including the main accused, in connection with the killing of a 46-year-old man at a meeting attended by senior administration and police officials in Ballia three days ago, officials said.

The main accused, local BJP leader Dhirendra Pratap Singh, was arrested by the UP Special Task Force from state capital Lucknow, while the other two accused were nabbed in Vaishali area of Ballia city, they said.

"Dhirendra Pratap Singh, the main accused in the murder of a 46-year-old man in Ballia has been arrested. He was held from Lucknow on Sunday morning near Polytechnic area," IG of Special Task Force (STF) Amitabh Yash told PTI.

The family members of the deceased Jai Prakash Pal Gama heaved a sigh of relief following the arrest of Dhirendra Pratap Singh. The deceased's brother, however, said, "His arrest came as a relief for us. But Dhirendra is a 'dabaang' (strongman). We fear untoward incidents in the future as well."

He demanded stringent punishment for the guilty, security for his family, Rs 50 lakh assistance and a government job.

DIG of Azamgarh Range Subhash Chandra Dubey said, "On Sunday morning, named accused Santosh Yadav and Amarjeet Yadav were arrested in Vaishali area of Ballia city. They were carrying a cash reward of Rs 50,000 on their heads. The properties of the accused will be seized under the Gangster Act."

The three "unnamed accused" who were arrested on Saturday have been identified as Munna Yadav, Raj Pratap Yadav and Rajan Tewari, Additional Superintendent of Police Sanjay Yadav said.

"I will hand over all documents pertaining to the case, which are with me to UP BJP chief Swatantra Dev Singh, and brief him about the entire matter," he said.

The Uttar Pradesh Police had said on Saturday that it would invoke the stringent National Security Act (NSA) and Gangster Act against those accused in the killing of the 46-year-old man.

Under the NSA, one can be detained without a charge for up to 12 months if authorities are satisfied that the person is a threat to national security or law and order.

Under Section 14 of the UP Gangsters and Anti-Social Activities (Prevention) Act, a district magistrate can order attachment of property, whether movable or immovable, if there is reason to believe that it has been acquired as a commission for an offence triable under this law.