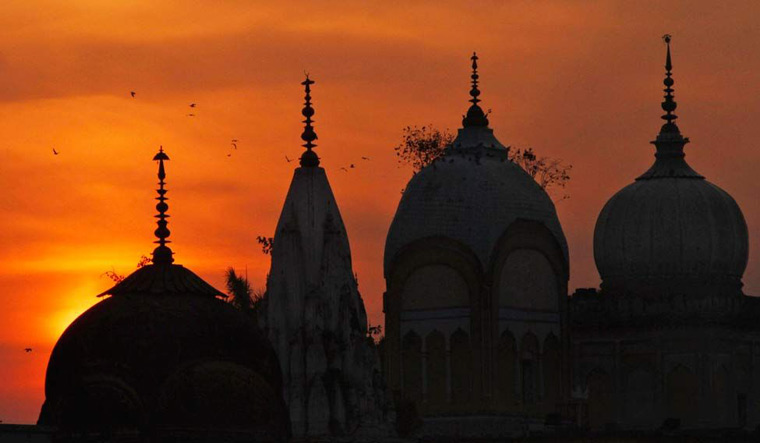 A local court in Mathura on Friday admitted a petition which seeks removal of a mosque adjacent to the Krishna Janmabhoomi. The court of district judge Sadhna Rani Thakur has decided to hear the matter on November 18.

Last month, a civil court had dismissed a petition seeking removal of the Idgah Mosque which, the petitioners alleged, was built over Krishna Jnamabhoomi. According to the petitioners, the 17th mosque was built at the birthplace of Lord Krishna, within the 13-acre premises of the Katra Keshav Dev temple.

After the Supreme Court verdict in the decade-old Ram Janamabhoomi Babri Masjid case, a section of Hindu outfits have revived their demand for handing over of disputed religious sites at Kashi and Mathura to Hindus in the interest of brotherhood.

After the Ayodhya verdict, the Supreme Court has categorically maintained that no more status quo will be changed in connection with the disputes over religious places.

In June, the Vishwa Bhadra Pujari Purohit Mahasangh moved the Supreme Court of India to challenge an Act that stipulates maintenance of the religious character of Mathura and Kashi as they existed on August 15, 1947. In response, the Jamiat-Ulema-e-Hind, an organisation of Muslim scholars, has also approached the apex court with a petition that any plea by Hindu groups in the Kashi or Mathura disputes should not be entertained.

In Mathura, the Shahi Idgah mosque stands adjacent to the temple complex which marks the birthplace of Lord Krishna. The Gyanvapi mosque in Varanasi exists in the complex of the Kashi Vishwanath temple dedicated to Lord Shiva. Both structures are held to have been built by razing previously existing temples.

In August, on the day when Prime Minister Narendra Modi performed bhoomi pujan of the proposed Ram temple in Ayodhya, senior Karnataka minister K.S. Eshwarappa had said temples of Kashi Vishwanath and Mathura have also to be liberated. His comments came days after BJP leader Vinay Katiyar had said that his party will work towards the goal of reclaiming the dispute temples in Kashi and Mathura. He had said the BJP would deliberate on ways in which the temple construction in these two places could be achieved.