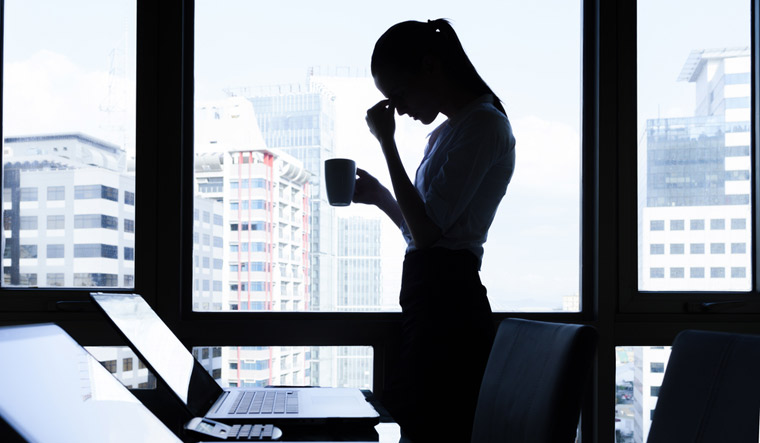 One out of every three Indian office-goer face increased burnout, with the nation faring second worst among other countries in Asia, according to an international study done by Microsoft. It comes even as worries abound over mental health under the increasingly stressful situation following the COVID-19 pandemic and crisis.

The study has some dismal news feared by many in India — workers in India are facing increased burnout due to the lack of separation of work and personal life as well as concerns of contracting COVID-19. Close to one third of workers in India cited increased rates of burnout over the past six months, with the lack of separation between work duties and personal obligations harming their well-being.

In fact, according to the report, India topped the list of concerns over the lack of demarcation between work and personal life, as many people started working from home following the lockdown. As many as 41 per cent of Indian professionals reported increased stress levels, which adversely affect their well-being.

“COVID-19 has created an era of 'remote anywhere', leading to the evolution of a new workplace, from a physical space to residing in a virtual world. As businesses adapt to a new way of working, it is important to examine the multifaceted impact that the new working conditions are having on employees,” said Samik Roy, country head (modern work) of Microsoft India.

The report also found that workers felt not only fearful about contracting the disease, but were also feeling disconnected and isolated from others. Particularly among those surveyed in India, about 92 per cent said meditation could help decrease their work-related stress.

Nearly 23 per cent of workers felt too many meetings and not enough focus time were major factors contributing to stress at work. The Microsoft Work Trend Index report, launched Friday evening, was conducted surveying 6,000 workers across eight countries globally.