Devyani Khobragade, whose arrest led to India-US spat, made envoy to Cambodia 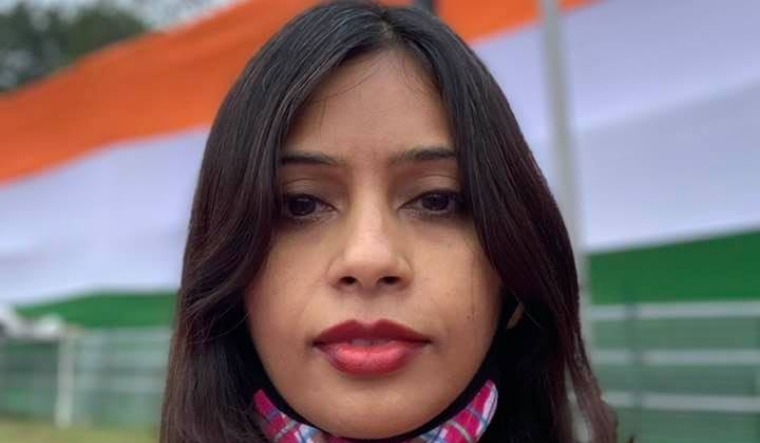 IFS officer Devyani Uttam Khobragade was in the headlines for weeks in December 2013 after US authorities charged her with visa fraud and arrested her.

The incident triggered a major diplomatic row between the Indian and US governments. Her appointment is signficant as the US visa fraud case and an MEA inquiry against her meant she did not get any major foreign postings until now.

On Thursday, the ministry of external affairs announced Devyani Khobragade had been appointed India's next ambassador to the Kingdom of Cambodia.

Devyani Khobragade is a 1999-batch IFS officer and was serving as joint secretary in the ministry of external affairs.

Devyani Khobragade is a doctor by training and is the daughter of retired IAS officer Uttam Khobragade, who served in the Maharashtra cadre.

Devyani Khobragade was charged and arrested by US Marshals in December 2013 when she was serving as acting consul general of the Indian Consulate in New York. Devyani Khobragade was accused of lying on the visa application form of her maid, Sangeetha Richard, by paying her less than the stipulated wages.

Devyani Khobragade's arrest and strip search triggered an uproar in India. Devyani alleged she was repeatedly handcuffed and stripped and kept with “common criminals and drug addicts”. Prime Minister Narendra Modi, then serving as Gujarat chief minister, had refused to meet with a US delegation, in protest against the "ill treatment" of Devyani Khobragade.

Devyani was granted bail immediately. However, the UPA government responded to her arrest by removing concrete barricades around the US embassy in Delhi and asking US consular staff and their families to return their diplomatic ID cards. The UPA government also transferred Devyani to a post in India's mission at the UN, which would have granted her diplomatic immunity. Despite this, a US grand jury indicted Devyani Khobragade in the visa case in early January 2014, following which she left the US.

Devyani Khobragade's promotion to joint secretary rank was delayed, purportedly, due to a pending inquiry against her.

The MEA had initiated proceedings against her for giving interviews to the media without taking permission from the ministry, as also for her "misleading" statement that it was permissible for her children, who were both under 18 years of age, to retain both Indian and US passports.

Devyani Khobragade moved the Central Administrative Tribunal over the promotion issue. She was finally promoted to joint secretary rank in April, seven months after the CAT ruled in her favour.

Devyani Khobragade is also an author, having written The White Sari, a story on caste barriers, and a children’s book titled The Adventures of Young Ambedkar.