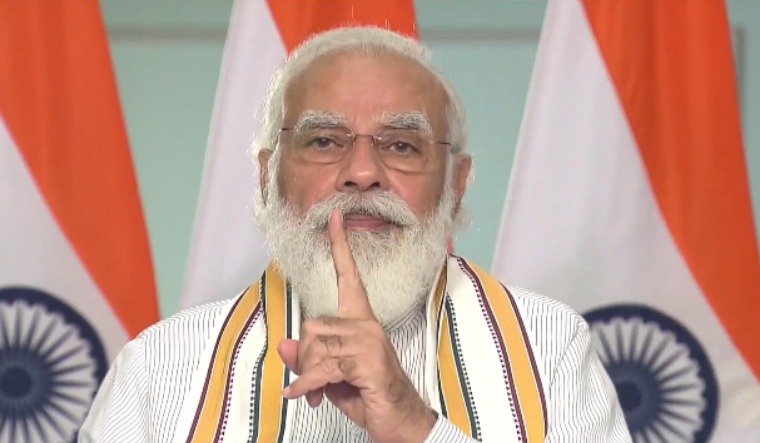 Prime Minister Narendra Modi on Sunday described the passage of two farm sector bills as a "watershed moment" in the history of Indian agriculture, asserting that they will ensure a complete transformation of the farm sector and empower crores of farmers.

In a series of tweets after Rajya Sabha passed the bills by voice vote amid din created by protesting opposition members, Modi said these proposed laws will liberate farmers from numerous adversities as he noted that peasants were for decades bound by various constraints and bullied by middlemen.

He again assured farmers that the existing government support system for them will continue.

Farmers in states like Punjab and Haryana have been protesting against these bills, with their leaders alleging that the legislations will dismantle the existing system and leave them to the mercy of corporate interests.

Reaching out to the peasantry in Punjab, the prime minister posted his tweets in Punjabi as well. Shiromani Akali Dal, the BJP's oldest ally, has quit the Modi government in protest against these bills.

Modi asserted, "I said it earlier and I say it once again: System of MSP will remain. Government procurement will continue.

"We are here to serve our farmers. We will do everything possible to support them and ensure a better life for their coming generations."

These bills will add impetus to the efforts to double income of farmers and ensure greater prosperity for them, he said.

"Our agriculture sector is in desperate need of latest technology that assists the industrious farmers. Now, with the passage of the bills, our farmers will have easier access to futuristic technology that will boost production and yield better results. This is a welcome step," the prime minister said.

The two bills were earlier passed by Lok Sabha. After they get the presidential assent, they will be notified as laws.

"A watershed moment in the history of Indian agriculture! Congratulations to our hardworking farmers on the passage of key bills in Parliament, which will ensure a complete transformation of the agriculture sector as well as empower crores of farmers," Modi added in another tweet.

The Farmers' Produce Trade and Commerce (Promotion and Facilitation) Bill, 2020 seeks to give freedom to farmers to sell their produce outside the notified APMC market yards (mandis). This, the government says, is aimed at facilitating remunerative prices through competitive alternative trading channels.

Farmers will not be charged any cess or levy for sale of their produce under this Act, according to the government.

It will open more choices for farmers, reduce marketing costs, and help them get better prices.

The Farmers (Empowerment and Protection) Agreement of Price Assurance and Farm Services Bill, 2020 seeks to give farmers the right to enter into a contract with agribusiness firms, processors, wholesalers, exporters, or large retailers for the sale of future farming produce at a pre-agreed price.

It seeks to transfer the risk of market unpredictability from farmers to sponsors.