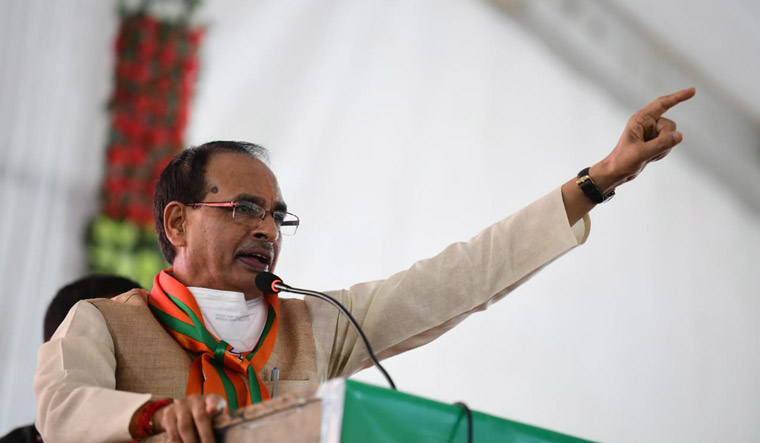 Madhya Pradesh Chief Minister Shivraj Singh Chouhan on Sunday said that he was a temporary CM and needed to win seats in by-polls to become permanent.

At an event in Barod of Agar Malwa district, where by-polls for Agar seat is to be held, Chouhan laid foundation stones and dedicated completed development works worth Rs 78 crore.

The chief minister has been on a spree of announcing and dedicating development works in the by-poll-bound regions of the state. After a four-day intensive tour of 13 assembly seats in Gwalior-Chambal region, the CM has hit the other regions and has been visiting different constituencies for the past few days.

The CM also said that he did not want to become chief minister just to adorn the golden chair of power, rather he wanted to make the future of Madhya Pradesh and its people golden by serving them.

In his usual style, he attacked the Congress government and ex-chief minister Kamal Nath, saying that the Vallabh Bhavan (state secretariat) had been turned into a den of brokers. As soon as BJP returned to power, development works started.

He reiterated that the recruitments to government jobs like police, teachers and health personnel will be started soon. He also said that people will have to pay power bills for only one month from the next bill cycle while the pending amount will be paid by the government. The CM also talked about women empowerment through provision of loans to women self-help groups.