His Glass2Sand is an environmental project that turns glass bottles into sand. 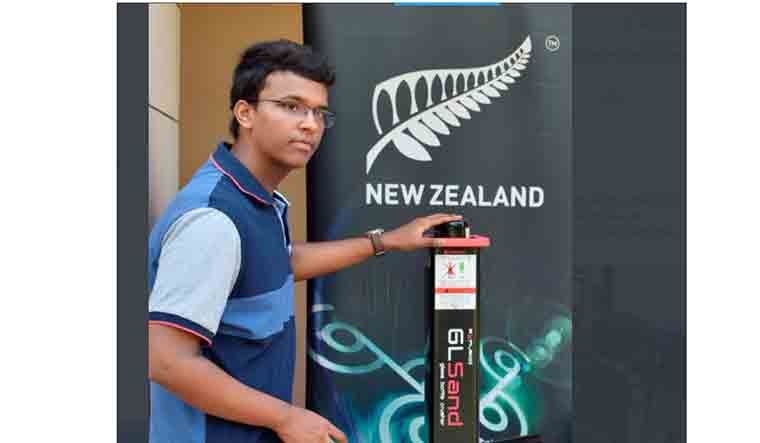 There is good news for those who love to drink. You might not be able to save your liver, but an 18-year-old boy from Delhi, can make you a green warrior. Udit Singhal, the newest youth leader recognised by the UN for fighting to make the world more equitable and cleaner, turns your glass bottles into sand.

Singhal’s Glass2Sand is an environmental project that turns glass bottles into sand. “It does not only reduce the waste by 90 per cent,’’ he says. “But it also turns the waste product into something valuable, that can create a new change.’’

The idea hit him two years ago while he was still in school. At 16, he saw a lot of bottles that needed to be recycled. Even the scarp dealer wasn’t keen to take them. He dug deeper to realise that glass too was a menace. “I found that glass waste is very harmful. It is ending up in the landfill,’’ he says. “It hasn’t reached the stage where it is as bad as plastic. But it is really bad.’’

The UN recognised 17 young people as Young Leaders for the Sustainable Development Goals (SDGs). This is the highest recognition for youngsters between the age of 18 to 29 years by the UN—and brings together change makers from across the world.

The Class of 2020 includes an LGBT activist from Bulgaria, a social entrepreneur from China who uses education to reduce waste, climate activists from Africa as well as a young woman from Pakistan fighting to end child marriages in Khyber Pakhtunkhwa Province.  “If this were the normal scenario. I would be in New York and attending the entire General Assembly,'' he says. For now, the recognition has come virtually.

Till date 8,000 bottles have been used to generate 4 to 5 tonnes of sand which has been used in construction. Singhal has over the past year and a bit created a website where ordinary Delhiites can reach him. He hopes to expand the project beyond the capital. The maximum city, he hopes will be next on his list. He already has a tie-up with six diplomatic missions.

Determined to find a solution, Singhal discovered the GLSand machine from New Zealand. It was the perfect solution to his glass problem by crushing the bottle into sand.  He even got a grant from the New Zealand High Commission.

The sand—which is also sold on Amazon—has 76 percent silica and is stronger. A bottle of beer (330 ml) can yield 263 gm of sand—he has been quoted as saying, while a champagne bottle (750 ml) can produce 838 gm of sand. So, when in doubt, drink champagne. And call Singhal.