Man chants 'Modiji' for 24 hours on PM Modi's birthday; live-streams it on YouTube

Ironically, the day was also observed by some as 'National Unemployment Day' 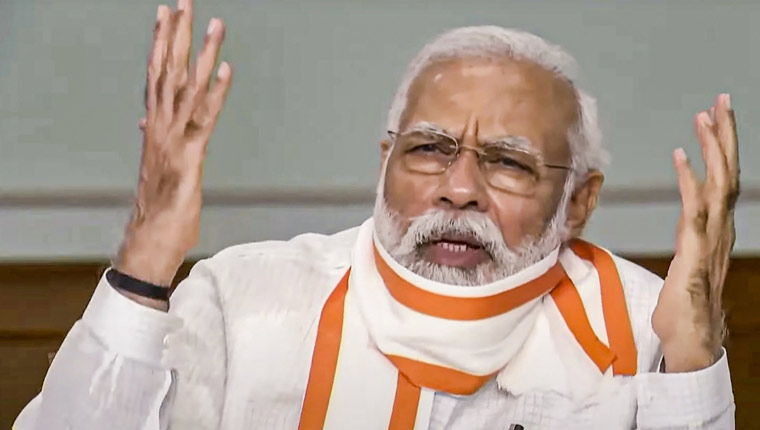 Anmol Bakaya, a YouTuber with a few thousand followers, set out to create a record of sorts on Thursday (September 17), on the occasion of the birthday of Prime Minister Narendra Modi.

On the day when the prime minister turned 70, Bakaya, in what he claimed as a mark of respect for the PM, live-streamed himself chanting 'Modiji' in his channel. If this does not sound all that impressive, the time he spent doing this will certainly impress you— Bakaya chanted the name of the prime minister for 24 hours, continuously.

In the live-stream, he wrote that he has been hearing a lot about PM Modi and he has immense respect for the prime minister and for all that he has done for the nation. Bakaya said the live-streaming of chanting of the name of the prime minister is merely a gesture of appreciation. "In the past year I've heard a lot of things both positive & negative about our Honorable Prime Minister, but personally i just have immense respect for him and for all that he has done for our nation, my support for him is never ending and this is just a little gesture of appreciation and nothing more," he wrote.

In the live-stream, the video of which isn't currently available on the internet, Bakaya, who calls himself ‘The Accidental Bhakt’ on his Instagram handle, was seen sitting against the background which had images from mythologies and motivational quotes.

The act of 'devotion' evoked mixed response on social media, with some calling it a proof of "growing unemployment" in the country. Ironically, September 17 was observed as 'National Unemployment Day' by several youths to use Modi's birthday to highlight the government's economic policies, which they claimed had failed to create jobs.

"Proof enough of growing unemployment and our youth getting mentally affected," wrote one user.

https://t.co/dwR0lEDi6k
Proof enough of growing unemployment and our youth getting mentally affected! 😂

"My goodness, I just asked him to drink water, I don't know to feel sorry for him or proud, why would someone do this, it out of my mind," asked a user.

I'm certainly proud. Nice and brave idea. I don't know many people who'd be able to broadcast live for 24 hours, let alone be chanting Modi Ji all through. pic.twitter.com/4wwECFtHXA

"Can't believe it for last 18 hours, this fellow has been chanting "Modiji" , approximately more than 86500 times!," wrote a person who appeared to be keeping tab on the channel.

Can't believe it for last 18 hours, this fellow has been chanting "Modiji" , approximately more than 86500 times! https://t.co/ymCZqOryme