OPINION: Teachers in India have only worthless bookish knowledge

Justice Katju argues teaching is a sacred mission, not a business enterprise 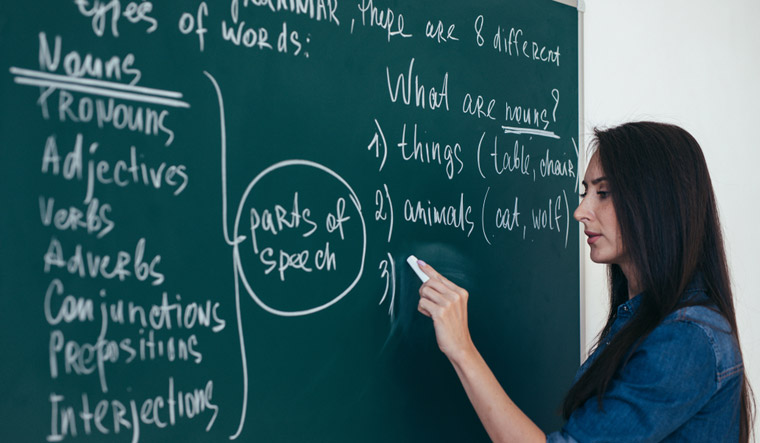 Saturday (September 5) is being celebrated as Teachers Day in India. But I regret I cannot celebrate it.

My reason is that, in my opinion, most teachers in India are not real teachers but are wage earners, working only to fill their stomachs and feed their families. I am reminded of many of the novels of Charles Dickens in which teachers are depicted as semi-educated brutes, such as in David Copperfield, Nicholas Nickleby and Hard Times. Teachers in India may not be brutes, but they are certainly mostly semi-educated, ignoramuses, having only some worthless bookish knowledge in their heads. What can they teach? Will it not be a case of the blind leading the blind ?

A real teacher is one who not only explains his subject lucidly, but also arouses the spirit of inquiry in his pupils. Moreover, he is constantly seeking to increase the knowledge that he possesses by adding to it. How many teachers in India have these qualities?

In St. John's Teacher Training Institute vs State of Tamil Nadu (AIR 1994 SC 43), it was observed by the Supreme Court “the teacher alone could bring out the skills and intellectual capabilities of students. He is the 'engine' of the educational system. He is a principal instrument in awakening the child to cultural values. He needs to be endowed and energised with needed potential to deliver enlightened service expected of him”. But are our teachers like that?

Teaching is a sacred mission, not a business enterprise. But in India, it has largely been turned into the latter. The tuition racket in India, mass copying in exams (in which many teachers connive) and other examples show that nowadays most teachers only seek money, and are little interested in knowledge. Also, the exponential growth in private educational institutions in India shows that education has largely become a business.

In my article Professor Teach Thyself in The Hindu in 2012, I explained that the educational system in India hardly benefits our people, and is really oriented to giving jobs as teachers to people with bookish education. I once went to a village about 40km from Allahabad (my native city) to meet a farmer friend of mine, with whom I had studied at Allahabad University.

At his home, I met one of his sons who had passed class seven and was promoted to class eight in his high school in the village. I asked him to bring his class 7 mathematics book and solve a few simple problems.

At this, I asked him, “Did your teacher not teach you all this?” He replied, Master Sahib thekedari karne lage hain, aur doosre master sahib class lene aate naheen hai (the teacher has become a contractor, and the next teacher does not come to take classes).

I once went to a reputed intermediate college in Allahabad and was told that in a section in Class 11, there are 250 students. I was shocked. Under the rules, there should not be more than 40 students in a class. What teaching can possibly be done in a class of 250 students? I also learnt that in some of the sections at Allahabad University, there are over 300 students, and there is not even place for a student to sit.

In view of this, much of the real education takes place in private coaching institutes, or at the residences of teachers who make much more money there than in their institutions. As a result, these teachers evince little interest in teaching in their institutions, and a student who does not join the coaching (paying high fees) finds it difficult to pass.

In many of the staffrooms of our educational institutions, teachers, instead of discussing academic matters, discuss petty politics, often of a casteist nature, or matters pertaining to their service conditions. Senior professors often try to promote lecturers of their own caste, whether they have merit or not.

Teachers are often appointed not on merit but on extraneous considerations, like political connection and caste. Many are appointed on contract basis. In some states, ‘shikshamitra’, who have been appointed on a salary of Rs.1,500 a month, often have no degree or teachers’ training qualification. This being the situation in India, is celebrating Teachers Day notjust hypocrisy and a farce?

The Greek philosopher Plato in his books Republic and Laws held that the State is first and foremost an educational institution (see A History of Political Theory by George H. Sabine). According to Plato, with a good system of education, almost any improvement is possible; if education is neglected, it matters little what else the State does.

Since education is neglected in India, it is no wonder the country is rapidly going downhill.