Justice Mishra retired as a Supreme Court judge on Wednesday 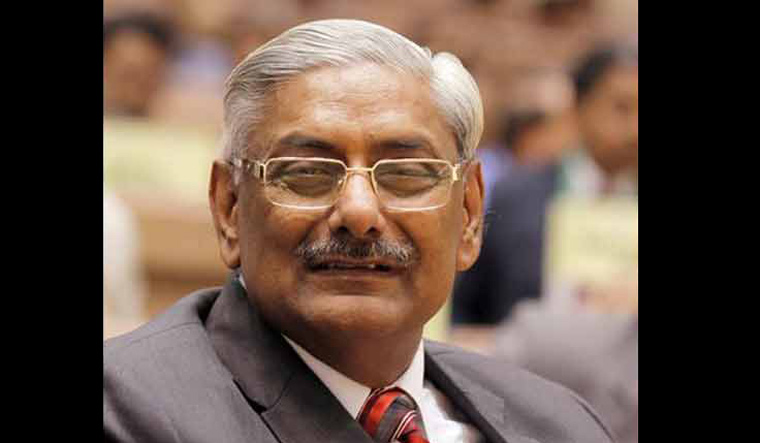 It was only appropriate that Mishra, who retired as a Supreme Court judge on Wednesday, made an appeal for his judgments to be analysed in an objective manner and not be given any colour, for the cases that he handled gave rise to tremendous debate and he found himself at the centre of the questions raised about the independence of the judiciary. This held true for the Prashant Bhushan contempt of court case, too, which was handled by a three-judge bench headed by Mishra and the sentencing was done just two days before the judge retired.

When the four seniormost judges of the Supreme Court held an unprecedented press conference in January 2018, expressing their disquiet with the manner in which the top court was run by the then Chief Justice of India Dipak Misra, it was learnt that a major grouse of the judges was that sensitive cases were being assigned to junior judges, bypassing them. And there was intense speculation whether they were referring to cases that were sent to Mishra, which included the controversial Judge Loya case.

A couple of days after the press conference, as the judges met in the Supreme Court before the day's work began, Mishra is said to have reacted emotionally. He even said that the four should have rather killed him with a bullet rather than killing his reputation.

Mishra, who was elevated to the Supreme Court in 2014, was at the centre of the debate over whether the court had not lived up to its role in holding the executive to account in recent years, and the ruling dispensation was influencing the court. He raised eyebrows in February this year when he, while speaking at a Supreme Court event, called Prime Minister Narendra Modi a “versatile genius”.

However, his supporters say Mishra was not assessed objectively, and his role as a judge was always seen through a politically-coloured prism.

The judge did hear several politically sensitive cases, which included, besides the Judge Loya case, the Sahara-Birla diaries, the Haren Pandya murder case, amendments to the Scheduled Castes and Scheduled Tribes (Prevention of Atrocities Act) and the anticipatory bail pleas of activists accused in the Bhima Koregaon case. The Judge Loya case was later heard by a bench headed by the CJI.

Mishra had also created a flutter when he headed a bench to review the order in the land acquisition matter, a ruling that he himself was a part of. When his recusal was sought, Mishra had expressed outrage, saying, “Is this not maligning the court? If you had left it to me, I would have decided... But you are taking to social media to malign me and the Chief Justice of India. Tell me one judge who has not taken a view on this. Will that mean all of us are disqualified?”

Mishra would drop hints in his hearings with regard to the disquiet that he was generating. After the judges' press conference, he would ask lawyers why they were crowding a “junior judge's court”.

It was only apt that Mishra, who had an eventful stint in the Supreme Court, should wrap up his term with the Prashant Bhushan contempt of court case. A bench headed by him held Bhushan guilty of contempt of court over two of his tweets related to the functioning of the judiciary. It levied a fine of Re one on Bhushan, and said that if he failed to pay the penalty, he would be sent to jail for three months and debarred from practice for three years.

The judgment in the Bhushan case stated that while critics can publicly criticise judges and raise questions about the functioning of the judiciary, the judges do not have the liberty of setting the record straight by talking to the media or writing articles. One will have to wait to see if Mishra, after stepping out of the top court, will offer his side of the story.