Seaplane service to Statue of Unity to launch in October

This will be the first seaplane service in the country: Gujarat government 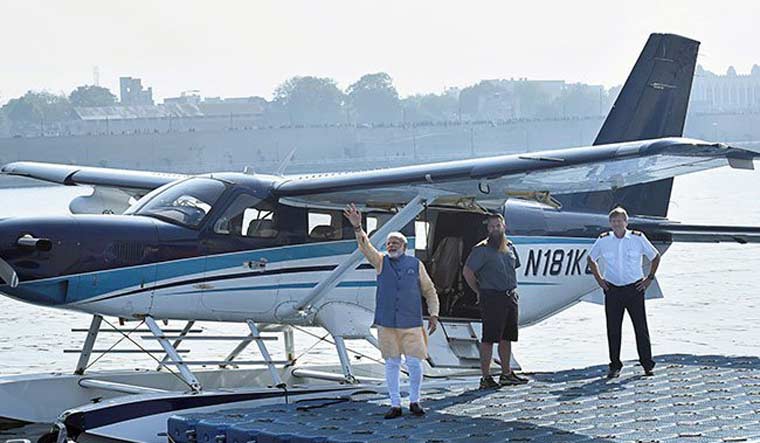 Seaplane service between the Sabarmati Riverfront in Ahmedabad and the Statue of Unity at Kevadia is all set to begin in October.

According to a Gujarat Government spokesperson, this will be the first sea plane service in the country.

Sources said that Prime Minister Narendra Modi is expected to visit the 182-meter tall statue—the world’s tallest—on October 31. The date will also mark two years of the inauguration of the statue.

According to the Gujarat government, a high level meeting was held in Gandhinagar on Saturday to review the progress of water aerodrome operations in the state.

A MoU to start the service was signed between the Ministry of Civil Aviation and the Airports Authority of India to start the “first ever sea plane service” in the country. The Gujarat government is also part of the tripartite agreement.

The service will be operated by SpiceJet and will operate four flights daily. Tickets are likely to be priced at Rs 4,800 per person.

Meanwhile, sources said that crocodiles have been removed from the place where the sea planes will land. In the past also, environmental activists had protested against the state government’s move of removing crocodiles from near the Statue of Unity.