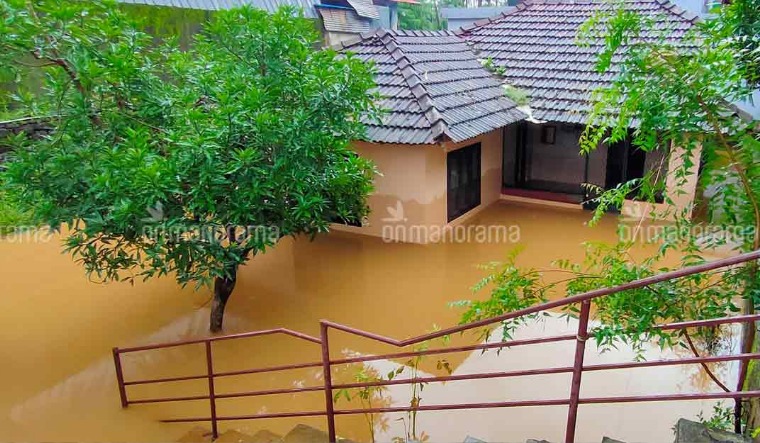 A massive landslide hit Rajamala in Idukki district on Friday morning. Early reports suggested that 20 houses were buried under the mud. The landslide occurred around 4am on Friday.

Heavy rain has been lashing the area since Thursday night, Manorama News reported. It also reported that four deaths have been confirmed so far. Three were rescued.

Eighty people are feared to be trapped under the debris. The calamity took place at the Pettimudi division in Kannan Devan's tea estate at Neymakkadu in Idukki.

The intense rain and waterlogging in the area are hindering relief operations. The Periyavaram bridge has collapsed following the heavy rains here.

Meanwhile, seven others were killed in Kerala in the torrential downpour that lashed the state in the past two days. Forty-two rain-related deaths were reported in the state since the onset of monsoon on June 1.

Extensive damage has been reported from the northern districts of Kozhikode, Kannur and Kasargod following heavy rain and strong winds.

Torrential rains, which lashed the eastern parts of Kozhikode, Wayanad and Malappuram districts since Tuesday evening, have inundated several low-lying areas in many parts of the three districts.

The carcass of a wild elephant from Neriamangalam village in Ernakulam was washed away in the Periyar river in the heavy rains, forest department sources said.

In Thrissur, trees were uprooted in various places due to strong winds and heavy rains lashing the district.

In Chalakudy-Irinjalakuda region, trees and electricity posts were uprooted with vast areas of rubber trees and banana farm being destroyed.

Trees fell on some shops and homes, damaging them.

(With inputs from onmanorama, PTI)