Who is Manoj Sinha, the new Lt Governor of Jammu and Kashmir? 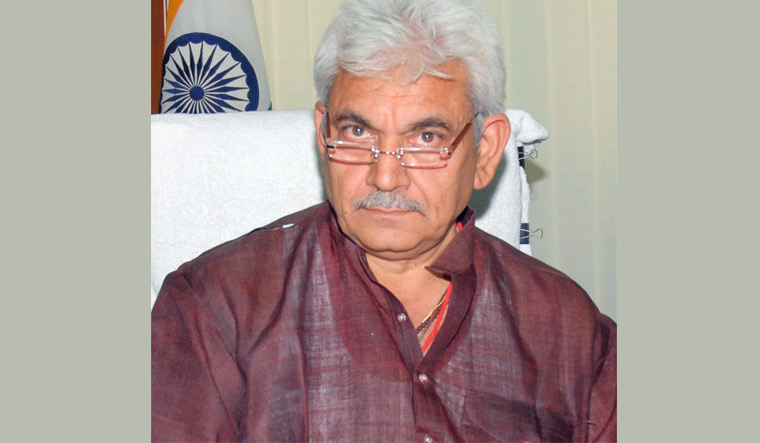 On February 26, 2019, then BJP chief Amit Shah was scheduled to visit a nondescript village in the Ghazipur district of Uttar Pradesh, the Lok Sabha seat represented by MoS railways Manoj Sinha, to launch the party's campaign to reach out to 22 crore beneficiaries of the Central government's schemes. Before Shah could land, the news of India launching the Balakot surgical strikes broke. Shah went ahead with the programme to launch his party's campaign centred around nationalism, a strategy which paid huge dividends in the Lok Sabha polls, but Sinha could not be the beneficiary. He lost the elections.

Sinha's loss had come as a shocker as he had the image of a performer and clean politician. His loss was glaring as Ghazipur is one of the four seats adjacent to Varanasi, where Prime Minister Narendra Modi was contesting. BJP won the other three. Sinha, a Bhumihar, could not beat the formidable caste combination presented by alliance of SP and BSP. In March 2017, Sinha had missed being picked as the chief minister of Uttar Pradesh after the BJP swept the polls. He was the frontrunner till, in a dramatic turn of events, the Modi-Shah combine picked a much more aggressive Yogi Adityanath to lead the state.

With the Centre appointing Sinha as the new L-G of Jammu and Kashmir, replacing G.C. Murmu, the politician's rough patch has ended. Sinha will be the third governor in the troubled state, now UT, since 2018.

Sinha's appointment comes a year after the abrogation of Article 370, reflecting a change in the Centre's approach, and sending out an important signal. A seasoned politician at the helm would mean that the Centre is keen on reviving the political process in the state, or at least building a bridge between the people and the government.

After the removal of the special status accorded to Jammu and Kashmir, and bifurcation of the erstwhile state into twin UTs of JK and Ladakh, Sinha will now have to oversee vast changes including the delimitation exercise, and completion of various developmental projects, before electoral processes can even be considered.

The biggest challenge for the Modi government in Jammu and Kashmir is engagement with the people who are the most affected by the double lockdown in the newly carved UT. The security clampdown post August 5, 2019, and the outbreak of the coronavirus pandemic, has prevented the development benefits from being rolled out in full measure, and impeded the Centre’s plan of good governance that reflects an approach of inclusion and understanding of the problems faced by cross-sections of the Jammu and Kashmir public.

Sinha will be in charge of all administrative decisions and law and order. A day before his appointment, Sinha had said that the laying down of the foundation stone at Ram Mandir site in Ayodhya symbolised the victory of the aspirations of the citizens, and of self-respect, honour and history.

Meanwhile, G.C. Murmu, a 1985 Gujarat cadre IAS officer who had served as principal secretary to Modi when he was Gujarat chief minister, is likely to return to New Delhi. There is buzz that he may be the next Comptroller and Audit General (CAG) as incumbent Rajiv Mehrishi's tenure is set to expire on August 8 when he turns 65, the upper age limit to head the CAG. Murmu is 60.

Murmu had replaced Satya Pal Malik in October 2019. Malik had overseen the transition phase of Jammu and Kashmir when its special status was removed on August 5, 2019, a decision announced a few months after the BJP came to power at the Centre for the second time in May 2019 .

With Sinha’s appointment , the third governor since the Modi government came to power in 2014, the Centre has once again preferred a politician over a bureaucrat or a retired police officer. In August 2018, Malik replaced N.N. Vohra, an IAS officer who had occupied the Jammu and Kashmir Raj Bhawan since 2008.

Sinha shot into limelight when he was elected the president of Banaras Hindu University Students Union in 1982. After joining BJP, he was elected to Lok Sabha from Ghazipur for three times since 1996. He did his BTech and MTech degrees in civil engineering from BHU. He was handpicked by PM Modi to be a part of his first cabinet where he was made the MoS of railways, a post he held for five years. During Modi's first reshuffle, Sinha was given additional responsibility as he was made MoS (Independent Charge) of the communications ministry to handle telecom.