Murmu had been criticised by the ECI earlier, regarding comments on holding polls 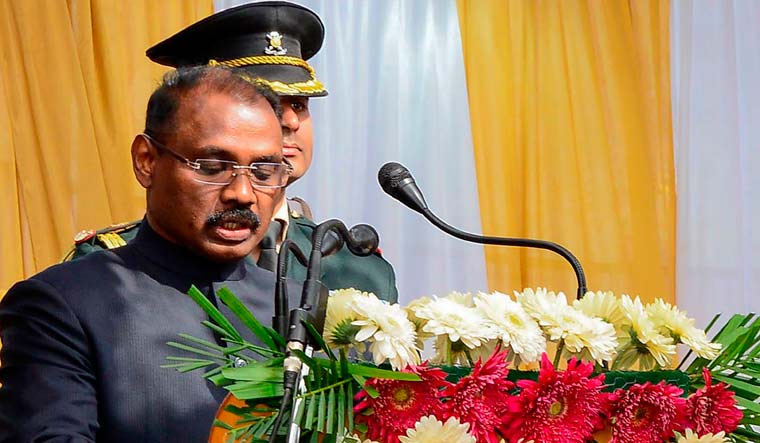 After Jammu and Kashmir Lt Governor G.C. Murmu abruptly resigned on Wednesday, the Centre appointed Manoj Sinha to the post. Murmu's resignation came on the day the Union Territory marked the first anniversary of the abrogation of Article 370 of the Constitution, which scrapped Jammu and Kashmir's special status. With appointment of Manoj Sinha as new the L-G, the Modi government has once again sent a politician and not a bureaucrat to the Srinagar Raj Bhawan. Sinha, who hails from Uttar Pradesh, was one of the first ministers in the Modi cabinet when the BJP came to power.

The 61-year-old Sinha was born on July 1, 1959 in Mohanpura of Ghazipur district of eastern UP and has been actively involved in working for the backward villages of eastern Uttar Pradesh. His political career started when he was elected the president of Banaras Hindu University Students Union in 1982. He was elected to the Lok Sabha for the first time in 1996 and repeated the term in 1999. Sinha has been a member of the BJP national council from 1989 to 1996. He was elected to the lower house for a third term in national politics when the BJP swept the Lok Sabha elections in 2014. He is a former MoS and later held an independent charge of communication ministry.

60-year-old Murmu is a former IAS officer of the Gujarat cadre, who, on October 29 last year, had taken over as the first L-G of the Union territory after the state of Jammu and Kashmir was downgraded and sliced into two UTs, the other one being Ladakh. There is no official word on the reasons for the resignation of Murmu, a 1985-batch IAS officer, who has served as principal secretary to Narendra Modi during his tenure as Gujarat chief minister. He was a secretary in the ministry of finance at the time of his appointment as L-G.

There are rumours that Murmu could become the next Comptroller and Auditor General of India (CAG), as incumbent Rajiv Mehrishi's tenure will be over this month after he turns 65.