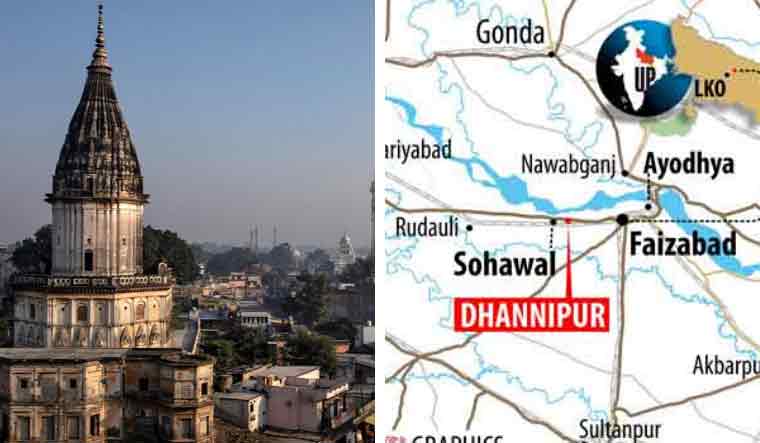 The announcement of the Indo-Islamic Cultural Foundation (IICF), on July 29, was viewed as somewhat of a knee-jerk reaction by the Uttar Pradesh Sunni Central Waqf Board as it came just six days before the proposed bhoomi pujan for the Ram mandir at the Ram Janmbhoomi in Ayodhya.

Athar Husain, the spokesperson of the IICF, dismissed the perception as fallacious.

“The efforts of the board, since the start of the pandemic, have been focused on providing for the poor and the needy. Yet consultations about the trust were on and a decision about its formation was taken on July 19 in a virtual meeting,” he said.

The IICF is to be responsible for the building of the mosque and ‘other facilities for the benefit of general public’ on the five acres of land offered to it in Dhannipur village—some 25 kilometres away from the Janmbhoomi site. On February 24, the board had accepted the land offered by the state government following the Supreme Court judgment in the Ayodhya title suit on November 9, 2019. On March 5, the board had received papers for the land but physical possession has not happened.

The five acres will have medical and education facilities in addition to a museum, library, publishing house and a community kitchen.

It is noteworthy that the proposed mosque is to be of the dimensions of the demolished Babri Masjid. The Ram mandir, in contrast, will be grander and bigger than what was initially proposed.

Husain said, “In Islam, any place where the namaz is offered is sacred. When we touch our foreheads to the ground in obeisance (sajda), it is this which goes to the Almighty and it has nothing to do with the size of the building where it is offered”.

The IIFC is a nine-member trust with a further six members to be co-opted. There have been some voices of protest over the membership.

One of those protesters is Iqbal Ansari, son of the late Hashim Ansari who was one of the original litigants in the title suit. Ansari said, “They did not think me as worthy to be in the trust. What it does is of no consequence to me. How can there be a trust with no representation from Ayodhya?”

Husain says such criticism is unwarranted as in the immediate aftermath of the judgment, there had been multiple voices (including the All India Muslim Personal Law Board), which had voiced their reservations about accepting the alternate land in Dhannipur.

“Since the government gave the land to the board, not a single body or individual made any representations or suggestions about how to move forward. Whatever criticism we now hear is only through the media. However, Ansari ji is a respected senior citizen of Ayodhya and we would be open to taking his suggestions, as we would be to others,” Husain said.

There are no plans for a physical meeting of the trust as yet. Yet consultations will continue through virtual meets.

Husain said that the body is already in touch with architects and with medical professionals for a proposed multi-specialty hospital on the land. “We also have donors who have made commitments, but we cannot disclose their names just now,” he said.

Meanwhile, the trust has rented an office at the Burlington Crossing in Lucknow and it is being furnished.

Any other plans will depend on when the pandemic recedes. “That is obviously the much bigger concern for the world right now and for responsible Muslims. We are sure that this (the proposed plan for the five acres) must mark a new beginning and foster consensus and unity,” said Husain.