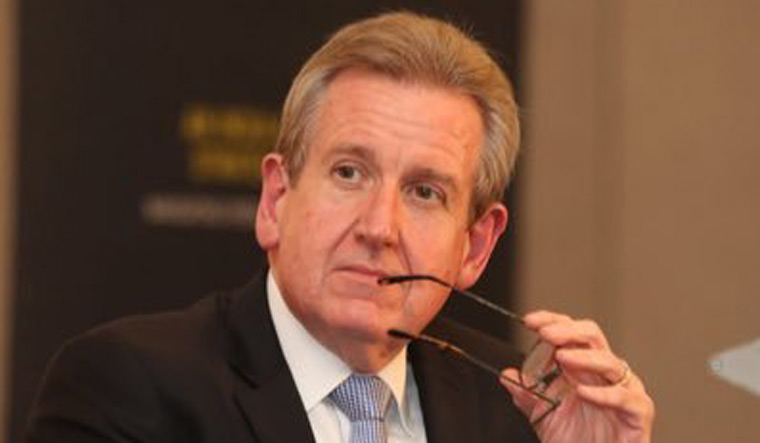 On a day when the tensions with China continue to simmer over disengagement, Australia has come out to support India. In a statement, the Australian High Commissioner Barry O’ Farrell said that Australia opposes any attempts to unilaterally alter the status quo, which only serve to increase tension and the risk of instability.

Australia, however, urged restraint on the LAC and for continued dis-engagement.

“As I told the External Affairs Minister of India today, Australia opposes any attempts to unilaterally alter the status quo, which only serve to increase tension and the risk of instability,’’ O’ Farell said in a press release issued by the High Commission. “It is important that the bilaterally-agreed principles and norms that have helped prevent escalation or miscalculation in the border areas over many decades continue to be observed,’’ he said.

The statement comes on the heels of India’s plan to include Australia—which had so far been left out—in the Malabar exercises. The exercises with America and Japan, finally makes the Quad, a military possibility. Australia remains deeply concerned by actions in the South China Sea that are destabilising and could provoke escalation, the statement read.

“On 23 July, Australia lodged a note with the UN Secretary General refuting China’s unlawful maritime claims in the South China Sea. It rejects China’s claim to historic rights and internal waters, its assertion of certain maritime zones, and its contention there is wide international recognition of its South China Sea sovereignty claims,’’ he said.

Australia throwing its weight behind India comes at a time when it is clear that India and China are sparring over the disengagement process. It also comes on the same day as the Chinese envoy Sun Weidon at a virtual lecture has asserted that “China is committed to peaceful development, and is not a “strategic threat” to India.’’

Despite the constant emphasis on peace, the relationship between India and China continues to be prickly. The disengagement process has not been completed, the ministry of external affairs said on Thursday. The MEA’s assertion contradicts what the Chinese foreign office put out Tuesday, claiming that disengagement was complete in most areas. “The front-line frontier defence forces of the two countries have disengaged in most locations, and the current situation continues to develop in the direction of easing and cooling,”  Wang Wenbin, the foreign office spokesperson had been quoted as saying.

India disputed this claim at the virtual weekly briefing. However, some progress had been made, the MEA spokesperson Anurag Srivastava admitted.  “The Senior Commanders of the two sides will be meeting in the near future to work out steps in this regard. As we have stated earlier, the maintenance of peace and tranquility in the border areas is the basis of our bilateral relationship,’’ he said at the virtual MEA briefing.

“Therefore, we expect that the Chinese side will sincerely work with us for complete disengagement and de-escalation and full restoration of peace and tranquility in the border areas at the earliest as agreed to by the Special Representatives,'' he said.