Amid border tension with China, IAF to get 33 new fighter jets 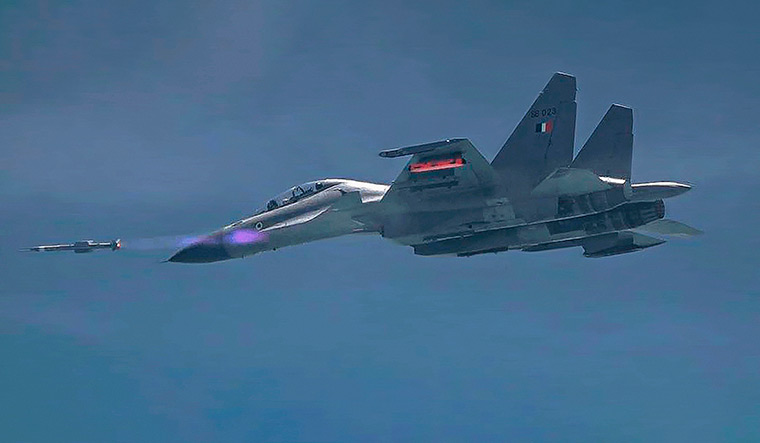 Amid tension on the border with China, Ministry of Defence has given its go-ahead for immediate purchase of 21 MiG-29 and 12 Sukhoi Su-30MKI fighter jets. Besides the fighter jets, upgradation of existing 59 MiG-29 has also been approved by the Defence Acquisitions Council headed by the Defence Minister Rajnath Singh on Thursday morning.

"Proposals for an approximate cost of Rs 38,900 crore were approved by the DAC," said a defence ministry official.

The ministry says that approval for capital acquisition for various platforms and equipment was done with an aim to strengthen the armed forces in the current situation. During his visit to Moscow last week, Rajnath Singh discussed the acquisition of fighter jets and other upgrades with his Russian counterpart.

"Addressing the long felt need of the Indian Air Force to increase its fighter squadrons, the DAC also approved the proposal for procurement of 21 MIG-29 along with upgradation of existing 59 Mig-29 aircraft and procurement of 12 Su-30 MKI aircraft," a statement issued by the ministry said while adding that "the MiG 29 procurement and upgradation from Russia is estimated to cost Rs 7418 Cr, the Su-30 MKI will be procured from HAL at an estimated cost of Rs 10730 Cr".

IAF is also getting six Rafale jets from France by the end of this month.

Indian and Chinese armies have been locked in an eyeball-to-eyeball situation in eastern Ladakh sector for past two months. The Chinese military has activated all its bases in Tibet closer to the Line of Actual Control. In response, Indian Air Force, too, has enhanced its combat air patrol by flying Su-30 fighter jets close to the border. Though, on Tuesday, Corps Commanders of both sides held discussion for the third time to defuse the tension between the two forces, the process of disengagement has not been initiated from either side.

"Acquisition of new/additional missile systems will add to the fire power of three Services. While acquisition of Pinaka missile systems will enable raising additional regiments over and above the ones already inducted, addition of Long Range Land Attack Missile Systems having a firing range of 1000 Km to the existing arsenal will bolster the attack capabilities of the Navy and the Air Force," MoD said. Similarly, induction of Astra Missiles having Beyond Visual Range capability will serve as a force multiplier and immensely add to the strike capability of Navy and IAF, ministry added. The cost of these design and development proposals is in the range of Rs 20,400 crore.