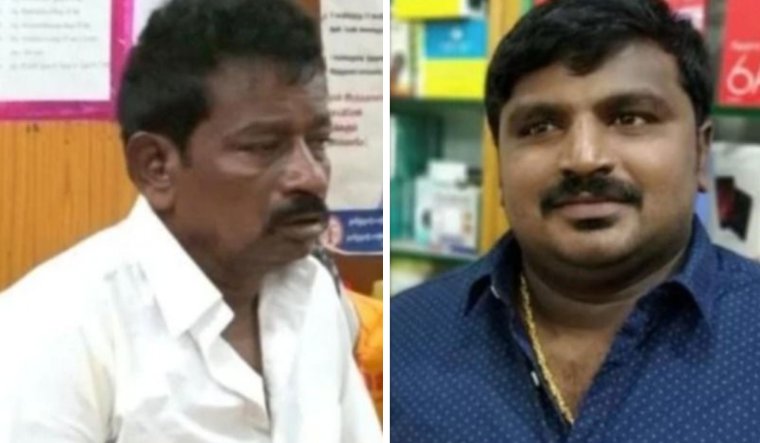 In a major development in the Thoothukudi custodial deaths case, Murugan IPS has been posted as IG, South Zone, replacing Shanmuga Rajeswaran who retires on Tuesday. The Villupuram SP, Jayakumar, has been posted as SP, Thoothukudi, with incumbent, Arun Balagopalan, shifted out of Thoothukudi and kept on compulsory wait. However, both Murugan and Jayakumar have faced accusations in the past.

Meanwhile, 24 police personnel of Sathankulam Police Station have been transferred to various places. The move was made in view of the observations made by the Madurai Bench of Madras High Court in the suo motu criminal contempt petition that a fair investigation is not possible till these policemen are transferred.

P. Jeyaraj (58) and his son Bennicks (31) died as a result of injuries sustained in police custody in Sathankulam in Thoothukudi on June 19. The case has triggered political and public uproar. The state government had handed over investigation of the Thoothukudi case to the CBI.

The transfer of the 24 personnel came after the Madras High Court took cognisance against three police officials on Monday. The Thoothukudi SP placed Additional Superintendent of Police D. Kumar and DSP C. Prathapan on compulsory wait list and Constable Maharajan was suspended for his remarks against the judicial magistrate investigating the custodial deaths.

The court had taken cognisance of criminal contempt under section 15(1) r/w section 2(c) of Contempt of Courts Act, 1971. The action was initiated based on a report from the Kovilpatti Judicial Magistrate on Monday.

Meanwhile, on Tuesday, the Madurai Bench of the Madras High Court observed there was prima facie evidence to register a case against Sathankulam police. The Madras High Court also asked whether the IG or Tirunelveli CB-CID police can take up the case until CBI starts its investigation.

Additional Advocate General Chellapandian submitted in the Madras High Court that the accused police officers intimidated the judicial magistrate, when the two victims were produced after arrest, due to stress. He informed the Madras High Court that the constable was suspended and ADSP and DSP are kept in waiting list. The Madras High Court bench told the additional advocate general to furnish copies of judicial magistrate's report to the three policemen to give them fair chance to defend themselves. It adjourned the contempt case for four weeks to grant time to the policemen to give response.

The posting of IG South Zone and SP Thoothukudi on Tuesday clearly shows how the administration has totally collapsed under Chief Minister Edappadi K. Palaniswami. Murugan IPS is posted as IG, South Zone, and Villupuram SP Jayakumar is posted as SP, Thoothukudi. Murugan is still facing sexual harassment charges for harassing a SP-level officer and the matter is pending in Supreme Court.

Jayakumar as DC, Central Crime Branch, was in the thick of things when Gutkha scam happened. He was intensively interrogated by CBI in the Gutkha case and charge-sheet is yet to be filed by the CBI.

Given that dozens of officers are available in both IG and SP ranks, Palaniswami is bound to face questions for choosing these two officials amid turmoil over the Thoothukudi deaths.