OPINION: India is capable of any riposte to China’s deceit 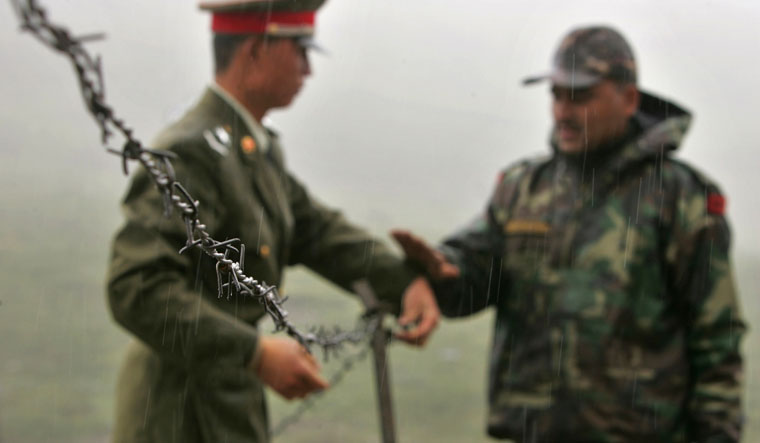 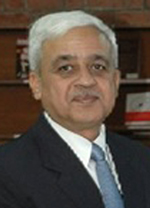 While the ghost of 1962 was being exorcised, and just as India was warming up to them, China acted with deceit, stabbing us in the back. But their action in Galwan Valley has harmed them more than they could ever bargain for and has put them in the category of the numero uno predator country. Furthermore, the Indian soldier has deflated their pride and rubbished the myth of their superiority.

Chinese claims on Indian territory keep on rising with time. For the Western Himalayan Sector alone there have been three claim lines; starting from the claim line of 1956, which intersects the Aksai Chin in almost two; the line separating the Indian and Chinese forces in November 1959; and the third one was the line at the end of the 1962 war.

The recent Galwan river skirmish has been one of the biggest clashes between the two sides, wherein on the night of June 15, the Indian party was assaulted by the Chinese, which resulted in the deaths of 20 Indian soldiers, including a Commanding Officer. The Chinese saw a fierce response when Indian soldiers retaliated despite being heavily outnumbered, resulting in the deaths of almost 60 People’s Liberation Army (PLA) soldiers, including their Commanding Officer as well.

The Galwan post was also the flash point for the 1962 war when a Gorkha company was surrounded for three months by the Chinese and the JAT Regiment men, who had gone to their help, were also attacked, killing almost a full platoon strength. Only, 1962 was an aberration which was due clearly to back-stabbing, but if we turn the pages of history, the Chinese have always decisively been beaten by Indian soldiers in the skirmishes between the two sides whenever they had engaged in a battle.

We can go back in terms of time; the First Opium War (1839-1842) fought between the Anglo-Chinese forces gave the Punjab Regiment its crest showing a ship and the motto “sthal wa jal”, which extols their fighting prowess as maritime expeditionary forces and similarly in the Second Opium War (1856-1860), the Indians gave a very brave and victorious account.

During the Boxer Rebellion (1899-1901), as a major part of the British contingent, Indian troops defeated the siege laid by the Imperial Chinese forces.

Post the 1962 debacle, the Indian Army gave a bloody nose to the Chinese in Nathu La and Cho La episodes. No one can forget the 1987 Sumdorong Chu operation when the Indian Army successfully pushed the Chinese away. Chumar and Depsang face-offs, though is not part of this category, deserve a mention here. In 2017, an attempt by Chinese engineers to build a new road on the Bhutan-India-China border led to a 73-day stand-off on the Doklam Plateau, including fistfights between Chinese and Indian soldiers. It was followed by Pangong Tso skirmish in the month of August 2017.

One of the Indian soldiers, in this last encounter at Pangong Tso, had said that Chinese soldiers are like the goods produced by the country that malfunction or give out easily and are no match for 6-feet tall Rajputs, Jats and Khalsas if it came to a wrestling bout. The Indian soldier stands much taller in front of the short-statured Chinese in all respects.

Why has China shifted its focus from Arunachal to Ladakh region this time? The answer lies in the fact that this region borders Tibet and Xinjiang; both are restive provinces. The Indian road leading to Daulat Beg Oldi points a dagger at the soft underbelly of China. The Karakoram Pass presents a strategic junction of Siachen glacier, Shaksgam Valley, which was ceded by Pakistan to China under the Sino-Pakistan Boundary Agreement in 1963, and the Xinjiang Province on the Chinese side. Any Indian presence here threatens the Chinese that India could launch an offensive through Galwan Valley towards Aksai Chin. It also feels threatened over the Karakoram Highway/China Pakistan Economic Corridor (CPEC) coming up in Pakistan-Occupied Kashmir (PoK) region and the northern Areas. China now fears that any conflict may present India an opportunity to cut the Karakoram Highway and sever the land link between China and Pakistan and their investment of $62 billion would be in jeopardy.

What holds India back from not only rejecting construction of the CPEC but also taking diplomatic and military steps to prevent its construction altogether in the land that belongs to it and has been used without prior consent? Is it not a corollary to what China has been doing all along? India constructs a road from Darbouk-Shyok to Daulat Beg Oldi and China cries foul and sends troops to scare us away. Unfortunately for China now, their scarecrow tactics would not work anymore. India holds a confident posture and is capable of any riposte.

India has time and again asserted its desire and intention to be a ‘status quo’ nation with no aggressive designs on any neighbour and would continue negotiations with the Chinese on the basis of any framework agreement that could work. On the other hand, China has been trying hard to build its capabilities to gain asymmetric force advantage and ensure its logistics supply chain exists but at the same time it wants to deny the same to India. India has to work even harder to deny the Chinese to take advantage of their infrastructure leading up to the border and bring to bear upon them the might of Indian armed forces where and when required.

Fear mongering of Pakistan joining the battle and Nepal indulging in cartographic aggression will not deter Indians. Pakistan hasn’t got enough to feed their countrymen let alone their misadventure to join hands with China to create another simultaneous front and in the bargain commit harakiri. Nepal is an old friend and would see the light of the day and discover the Chinese designs sooner than later. China trying to influence neighbouring countries works towards building their respective economies and such overtures do not translate into military alliances. India should not lose its sleep over it.

Col S.C. Tyagi is a Kargil veteran and author of books on Kargil.