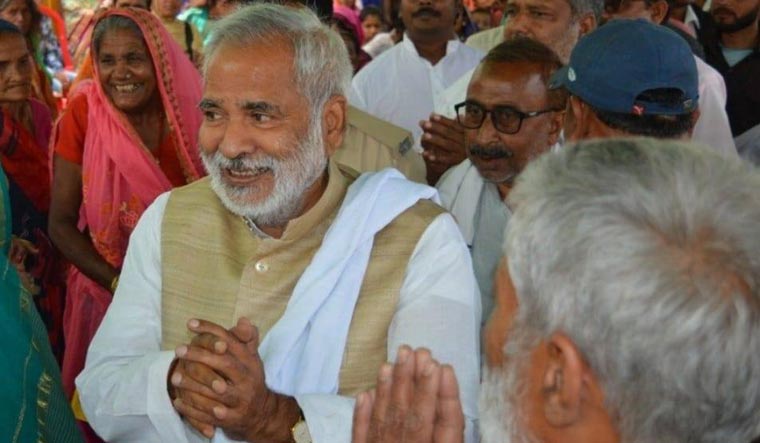 In two major blows to the opposition Rashtriya Janata Dal in Bihar months before Assembly elections in the state, one of the senior-most leaders in the party quit from his post and five MLCs crossed over to the ruling JD(U) on Tuesday.

Elections to nine Legislative Council seats were to be held on July 6.

The upheaval in the RJD came a day after a large number of party members demonstrated outside the residence of Rabri Devi, wife of party patriarch Lalu Prasad Yadav, in Patna to demand a ticket for their leader in the Legislative Council polls. The RJD had announced that it would field three candidates, whose names had been sent to Lalu Prasad Yadav for approval.

Speculations are rife that the party may give one ticket each to the upper castes, non-Yadav OBCs and the minorities in a bid to project an inclusive image ahead of the Assembly elections due in a few months.

The party workers were demanding that the RJD fulfil its "promise" of a Legislative Council berth to Uday Narain Rai alias Bhola Babu who had represented Raghopur several times in the 1970s and 1980s and given up his claim on the seat in the 2015 Assembly polls to enable Tejashwi Yadav make his debut at the young age of 25.

The protesting workers had warned they would have to reconsider their ties with the party and that "Tejashwi Yadav may have to pay the price in Assembly polls".

Jitan Ram Manjhi, an ally of the RJD and leader of the Hindustani Awam Morcha, has given hints of returning to the NDA fold, amid speculation of frayed ties with Tejashwi Yadav.

Manjhi had recently said. "I hope things will be sorted out in the Grand Alliance till June 25. If not, our party will meet on June 26 and I will follow whatever decision it takes."