China should confine activities to its side of LAC: MEA 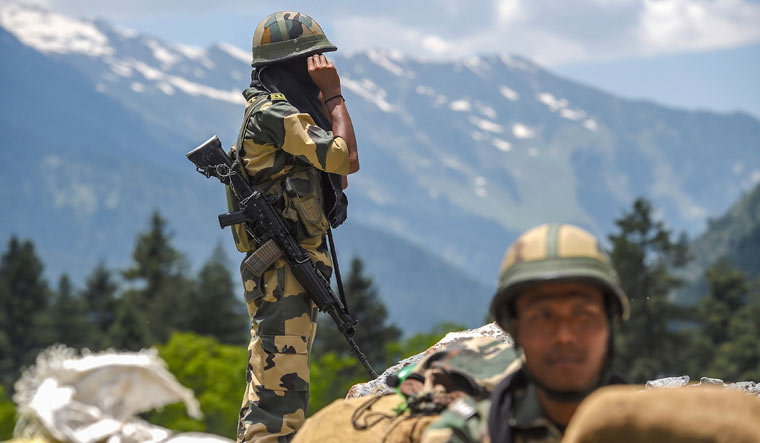 India and China are in regular touch through their respective embassies and foreign offices following the violent face-off in Ladakh, which had led to the death of 20 Indian soldiers and an unconfirmed number of casualties on the Chinese side.

Spokesperson for the Ministry of External Affairs (MEA), Anurag Srivastava, said at his weekly briefing that while the two sides have maintained communication at the commanders' level, meetings of other established diplomatic mechanisms such as Working Mechanism for Consultation and Coordination on Border Affairs (WMCC) are under discussion.

Srivastava blamed the Chinese side for the incident, saying "it could have been avoided had the agreement at the higher level been scrupulously followed by the Chinese side."

He pointed out that India and China were discussing de-escalation of the eastern Ladakh situation through military and diplomatic channels. "On June 6, the Corps Commanders of India and China held a meeting in the Chushul Moldo region where an agreement was reached on de-escalation and disengagement along the Line of Actual Control (LAC). Ground commanders were meeting regularly to implement this consensus throughout last week.

“While it was our expectation that this would unfold smoothly, the Chinese side departed from the consensus to respect the LAC in the Galwan valley," he stated.

On June 15 evening, a violent face-off happened when the Chinese side unilaterally attempted to change the status quo in the region, said the spokesperson. "They took a premeditated and planned action that was directly responsible for the resulting violence and casualties suffered by both sides," he added.

On Wednesday, External Affairs Minister S. Jaishankar spoke to his Chinese counterpart Wang Yi and said that "the need of the hour was for the Chinese side to reassess its actions and take corrective steps." They should strictly respect and observe the LAC and not take any unilateral action to alter it, the minister had said.

During their talks, it was agreed that both sides would implement the dis-engagement understanding of June 6 "sincerely”.  Neither side would take any action to escalate matters and, instead, ensure peace and tranquility as per bilateral agreements and protocols.

The spokesperson said while India remained firmly convinced of the need for maintenance of peace and tranquility in the borders areas and the resolution of differences through dialogue, as Prime Minister Narendra Modi stated on Wednesday, we are also strongly committed to ensuring the country's sovereignty and territorial integrity.

Meanwhile, Yi and Jaishankar will be meeting virtually on June 23 while attending the foreign ministers' meeting of Russia, India and China. Russia is the chair this time and is keen to focus on the 75th anniversary of the end of WWII and the formation of the United Nations. While the COVID-19 pandemic and challenges to global security are on agenda, the LAC is unlikely to be directly discussed on this platform of trilateral cooperation.