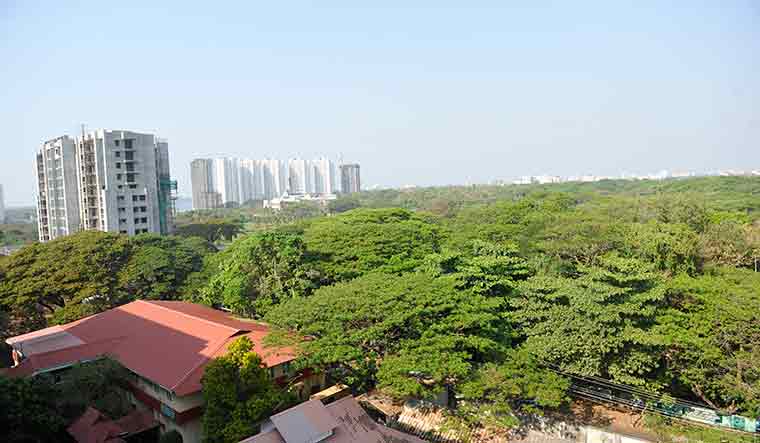 Union Minister for Environment, Forests and Climate Change (MoEFCC) Prakash Javadekar launched the Nagar Van project on Friday to celebrate World Environment Day. Under this project, the minister said, 200 city municipal corporations will be encouraged to develop urban forests over the next five years, in collaboration with locals, and regional authorities and organisations. This jan andolan or people's movement, the minister said, serves a vital need of cities—to help clean up increasingly worsening air, and also to help the country reach an ambitious carbon sequestering targets of three billion tonnes. Stressing on the theme, Time for Nature, with special focus on biodiversity, the minister said that the thumb rule was that ``if we protect nature, nature protects us.''

At a virtual event to celebrate the day, the ministry showcased the efforts of Pune Municipal Corporation in developing a degraded landscape of around 16.8 hectares within the city, in an area called Warje, into a forested patch which residents could use for recreational purposes. The Warje Urban Forest, which now supports 23 plant species, 29 bird species, 15 butterfly species, 10 reptile and three mammalian species, could be the template for other such initiatives. The minister said that they might also consider a prize system for the best efforts, in order to encourage participation.

Sanjay Kumar, deputy director forests, and special secretary in the ministry, also said that a third of the world's cities draw water from a forest catchment area, and urban forests would help mitigate water distress, too.

Urban forests, given the right encouragement from the centre, might take off in a big way. City slickers are educated and aware of their increasing disconnection with nature. They are educated and realise the importance of green lungs in urban areas. And hobbies like birding and butterfly counts are only getting more popular as urban spaces eat into green covers. The COVID-19 induced lockdowns were an eye-opener to many city dwellers as fauna they'd never seen before came out and boldly claimed streets vacated by humans. Peacocks dancing on Warden Road in congested south Mumbai, for instance.

In fact, the double knowledge— one that the corona pandemic is linked with climate crisis, and the other, that given just a little time and space for themeslves (as during the lockdowns), the fauna gets a chance to reclaim space and nature an opportunity to heal— is already making people worldwide thinking of ``building back better'', a theme that UNEP executive director Inger Anderson touched upon in her message on the occasion. “Build back better,'' she said, so that you can “cherish that breath of fresh air or walk in the woods. ''

UNCCD executive director, Ibrahim Thiaw, said, “Is it not time we realise that we need nature more than nature needs us, if at all? Perhaps it is tie for humanity to have a new social contract for nature.''

The 2017 India State of Forest Report, for the first time in recent years, had shown a one per cent (8,051 sq km) increase in forest cover, a trend that continued to reflect in the next biannual report in 2019, which recorded another 0.56 per cent rise in forest cover. The 2019 report also showed an increase of 1.29 per cent, or 1,212 sqkm of tree cover. Tree cover, is not necessarily forest cover, it also means urban thickets, avenue trees and those lining highways.

The government also has an ambitious target of planting 145 crore trees this year. Babul Supriyo, minister of state, however, noted that planting trees was not enough; nurturing them and ensuring their survival was as important.