OPINION: Even an elephant's death is communalised

In India, Muslims are the scapegoats, writes Katju 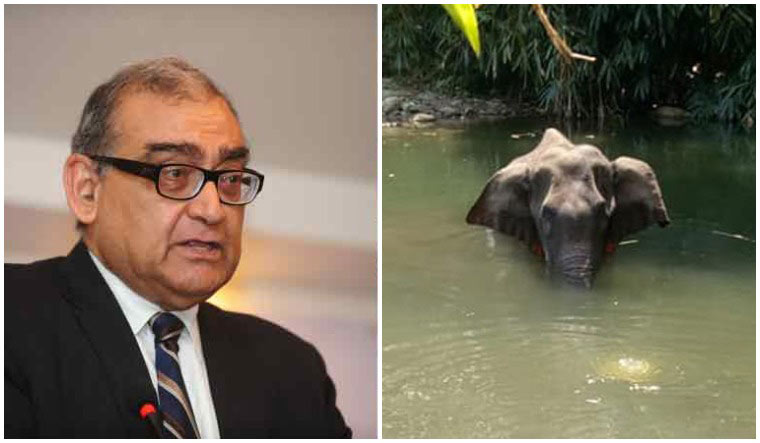 A pregnant elephant died in Kerala by eating a pineapple containing a fire cracker, and immediately some politicians have jumped into the fray trying to communalise the issue, just as some people had tried to communalise the coronavirus pandemic by blaming Tablighi Jamaat. Since elephants are often used in Hindu temples in south India, killing them is being depicted as an anti-Hindu act of Muslims.

Former Union minister and BJP MP Maneka Gandhi, in several TV interviews, indirectly blamed Muslims, allegedly stating that "Malappuram (which is the only Muslim majority district in Kerala) is known for its criminal activities, especially towards animals". She said that every week, an elephant dies in Kerala due to assault, and called for the arrest of those responsible; the resignation of the Kerala minister concerned; and sacking the forest secretary. She said people of Malappuram were always creating problems.

Not to be outdone, Union Minister Prakash Javadekar said that the Union government had taken a serious note of the matter and would leave no stone unturned to catch the culprits.

Other politicians, and celebrities like Virat Kohli, Ratan Tata, and animal activists, are also lamenting, as if heavens have fallen.

But what is the truth? First, the incident happened in Palakkad district, not Malappuram. Secondly, it happened because wild boars often destroy crops. So, these fire crackers are used by farmers in some parts of Kerala to kill such wild boars. The elephant was obviously killed accidentally, not intentionally.

Despite this, some people are trying to give a communal twist to the episode. The reason for doing so is obvious: the Indian economy is in deep recession, and many industries have either closed down or have drastically cut down production, leading to record unemployment. The corona lockdown has further sent the economy spiralling downwards, and the Union government has no inkling what to do about it.

This is bound to lead to massive public protests and demonstrations, and to deal with these, a scapegoat has to be found, just as Hitler found in the Jews, who can be blamed for all the problems. In India, this scapegoat are the Muslims. So, Muslims must be blamed for every evil in India.