" Look at the communal conflicts. Highest in Malappuram." 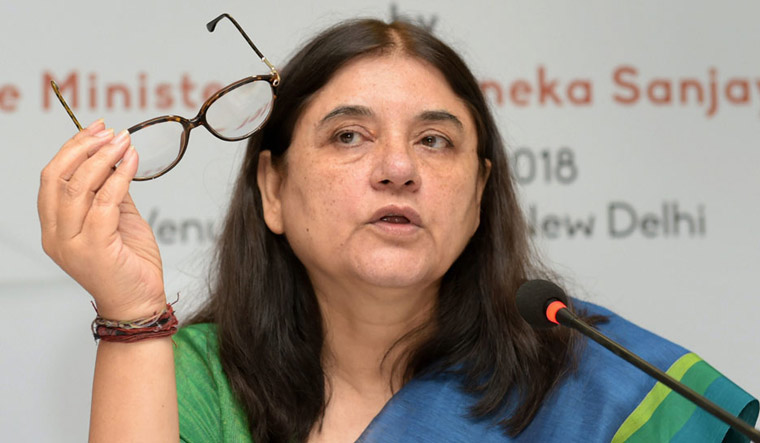 Speaking against the death of a pregnant elephant after firecracker-filled pineapples exploded in its mouth in Kerala, BJP MP Maneka Gandhi questioned the inaction in Malappuram district and asked why Wayanad MP Rahul Gandhi was not taking any action. The elephant had consumed a pineapple filled with powerful fire crackers which exploded in the animal's mouth in the Silent Valley Forest, in Palakkad district bordering Malappuram, and died about a week later. The elephant died at Velliyar River on May 27 after efforts by forest personnel to bring it to the river bank using two other trained elephants failed. The postmortem revealed that the pachyderm was pregnant. Her jaw was broken and she was unable to eat after she chewed the pineapple and it exploded in her mouth.

However, it is not yet clear whether the incident happened in Malappuram district, or the adjoining Palakkad district. Whether the elephant was wantonly murdered also remains to be investigated as such traps are common among farmers in forest fringe areas to keep wild animals (especially boars) from damaging their crops, besides preventing them from entering into their habitats.

She further said, reported ANI: "It is murder, Malappuram is famous for such incidents; it is India's most violent district. For instance, they throw poison on roads so that 300-400 birds and dogs die at one time. Kerala government has not taken any action in Malappuram, it seems they are scared. An elephant is killed every three days in Kerala. We have less than 20,000 elephants left in India, they are rapidly declining."

It's murder,Malappuram is famous for such incidents, it's India's most violent district.For instance, they throw poison on roads so that 300-400 birds & dogs die at one time: Maneka Gandhi,BJP MP&animal rights activist on elephant's death after being fed cracker-stuffed pineapple pic.twitter.com/OtLHsuiuAq

The Kerala government on Wednesday said a wildlife crime investigation team will probe the incident, even as the Centre took a serious note of it and sought a report from the state.

Amid the widespread condemnation over the death, a top forest officer reported that another female elephant had met with similar fate in April in Pathanapuram forest range area under Punalur division in Kollam district. "It was very weak. When the forest officials approached, the elephant ran into the forest and joined the herd of elephants waiting there. But the next day, the elephant was again found alienated from its herd. Proper treatment was given but unfortunately it succumbed to its wounds," he said, reported PTI. Another official said an investigation has been launched into the incident.

"It is suspected that the elephant bit a food item filled with crackers and it exploded in her mouth. We are waiting for the postmortem report," the officer, who did not wish to be identified, said.

The story has been updated