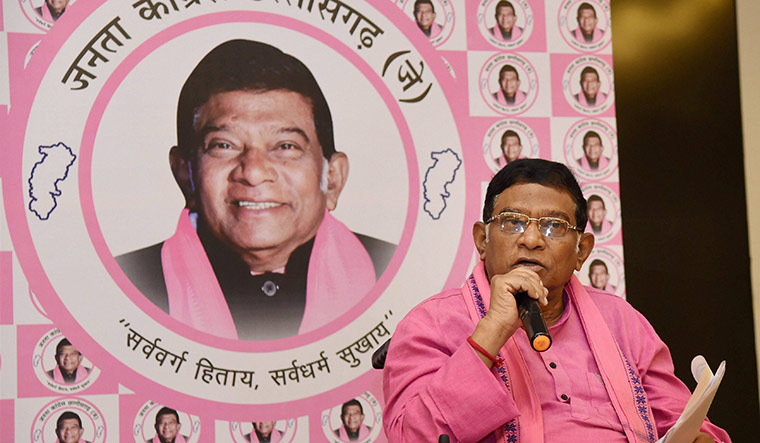 Ajit Jogi, the first chief minister of Chhattisgarh, passed away in a hospital in Raipur on Friday.

Jogi, who was 74, was hospitalised on May 9 after suffering a heart attack and had been in critical condition.

Jogi, who was an officer of the Indian Administrative Service, was considered a protégé of former prime minister Rajiv Gandhi. He left the IAS with the encouragement of Rajiv Gandhi, and entered the Rajya Sabha as a Congress member in 1986. He was chosen as chief minister of Chhattisgarh, when the new state was formed in 2000.

However, Ajit Jogi lost power in the 2003 Assembly polls when the BJP came to power for the first of three consecutive terms. Ajit Jogi and his son, Amit, left the Congress in 2016 and formed the Janta Congress Chhattisgarh, portraying it as a 'third' force in state politics. However, his outfit had little impact in the 2018 Assembly polls, though Ajit Jogi won from Marwahi constituency.

Ajit Jogi was arrested in 2007 on the charge of being involved in the murder of an NCP leader in 2003. He was, however, acquitted in the case.

In 2019, a government panel revoked his caste certificates, rejecting his claim of belonging to a scheduled tribe.