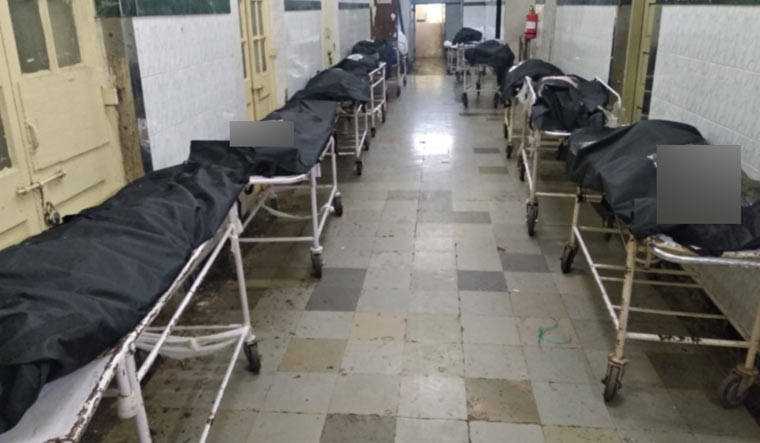 Outrage erupted on Tuesday after images circulated on social media of several dead bodies lying in a corridor of the King Edward Memorial (KEM) Hospital in Mumbai.

KEM Hospital, which was founded in 1926, is one of the oldest and most well-known medical institutions in Mumbai. The KEM Hospital is run by the municipal corporation.

Media reports claimed the dead bodies were left at the corridor of KEM Hospital as the mortuary was full on account of COVID-19 victims.

In recent weeks, KEM and Sion Hospitals have been pressed into the fight against COVID-19. KEM Hospital, which has around 2,000 beds, was initially meant to treat non-COVID-19 cases. But a doctor at the hospital told Times of India on Tuesday that the hospital was allocating more infrastructure for coronavirus.

Just two days back, Nitesh Rane himself had tweeted a video of a dead body being kept at a ward in the Rajawadi Hospital in Ghatkopar.

Meanwhile, NDTV reported on Tuesday that staff of KEM Hospital were protesting after a colleague working in the COVID-19 ward had died. The deceased employee had reportedly been unwell for four days, but was denied leave by the management. It is yet unclear whether he died of COVID-19. The protesting employees have sought compensation and a job for the deceased worker's kin.