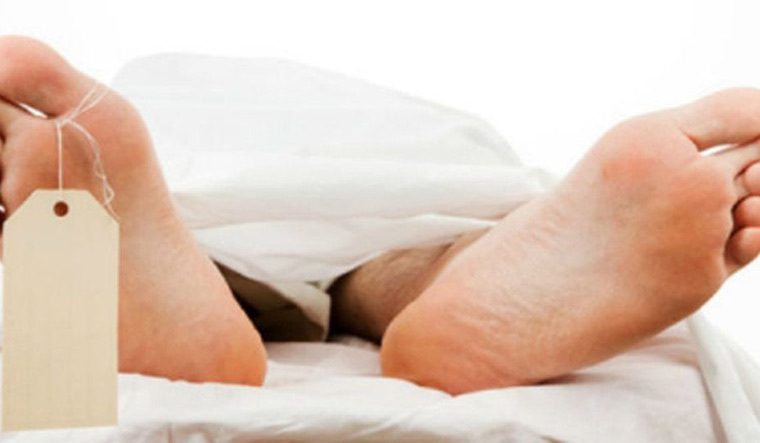 A video purportedly showing bodies of COVID-19 victims lying unattended near coronavirus patients at a civic-run hospital in Mumbai has surfaced, following which BJP leaders have demanded action.

Outraged to see corpses laid beside the sick at Sion Hospital. Why isn’t @mybmc following @WHO-prescribed protocols when disposing of #COVIDー19 corpses?

Public hospital staff are doing their best with limited resources at hand. Mumbai’s administration needs to step up NOW! pic.twitter.com/MURUNsIyfc

Latching on to the video, BJP legislator Nitesh Rane said this shows the Brihanmumbai Municipal Corporation (BMC) does not pay attention to the safety of patients.

Rane tagged the video in a tweet on Wednesday night.

“The Sion hospital has shown utmost negligence by letting COVID-19 patients sleep among the bodies of those who died of the same disease. The BMC boasts of being the richest civic body but pays no attention towards the safety of patients," the BJP leader said on Thursday.

He noted that the hospital in Sion mostly gets patients from Dharavi, the biggest slum area in the country.

"Is this how we treat our working class? Such carelessness of the medical staff and the Sion hospital could result in further spread of coronavirus infection," he said.

Former Maharashtra chief minister and BJP leader Devendra Fadnavis decried the incident. “The incident at Sion Hospital is extremely serious. It is a very serious matter that patients have to be treated on the side of a corpse. The question is whether Mumbaikars have no guardian. The government should take immediate action and ensure that such an incident does not happen again,” Fadnavis wrote on Twitter.

Kirit Somaiya, vice-president of the BJP in Maharashtra, claimed on Twitter the dead bodies were found in "ward no 5, ground floor, emergency/COVID19 section of Sion Hospital".

As the video stirred a controversy, the hospital's dean Dr Pramod Ingale said relatives of those who died of COVID-19 are reluctant to take the bodies. "That is the reason why the bodies were kept there unattended. We have now removed the bodies and are probing the matter," he said.

Asked why the bodies were not shifted to a mortuary, Ingale said, "There are 15 slots in the hospitals mortuary, of which 11 are already filled. If we shift all the bodies to the mortuary, it will be a problem for bodies of those who died of causes other than COVID-19."