What do Indians feel about COVID-19 lockdown, economy? Some interesting findings 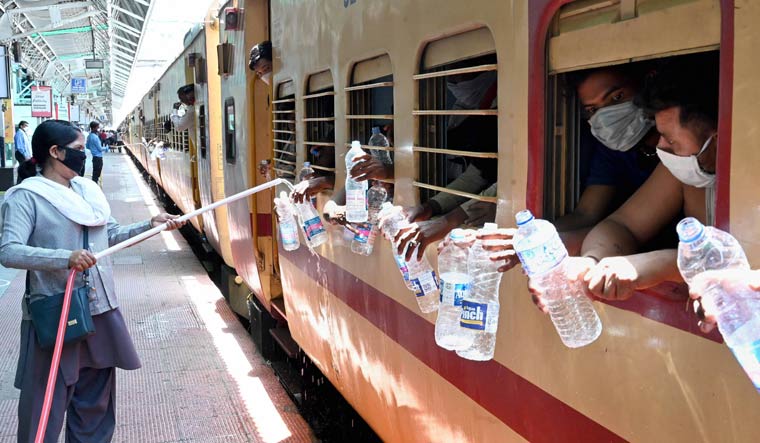 Across the world, the novel coronavirus has sparked uncertainties of an unparalleled magnitude. Leaving hundreds of thousands dead in its wake, the virus has ignited a global health anxiety. Then there are the economic worries. Several millions have already lost jobs, and the world economy is predicted to suffer from a major recession which could be magnitudes greater than the Great Depression. Countries that were affected early such as China, South Korea, and Italy have suffered large contractions in manufacturing activity and services. Rising malnutrition is expected as 368.5 million children across 143 countries who normally rely on school meals for a reliable source of daily nutrition must now look to other sources.

There are also the associated political uncertainties on the horizon. In the United States, incumbent president Donald Trump—in a pitched fight with the states over ending lockdown—is facing the heat of the pandemic. A national poll two days back found him trailing behind presumptive Democratic Party presidential nominee Joe Biden by 8 points nationally (the race was tied in April), and public approval of his handling of the coronavirus at 43 percent—a decline from 51 percent in March and April, NBC News reported. Trump has been arguing for the economy to be opened up as soon as possible.

An enduring image from the United States during the past week was that of gun-totting activists storming the Michigan state capitol, amid President Trump's calls to the public to "liberate" their country (ending lockdown). The image best exemplifies the great gulf in public opinion in the West, torn between the need to ensure social distancing measures and fears of a dying economy and 'freedoms lost'.

In Spain, the incumbent premier Pedro Sanchez has once again asked the Parliament to extend the state of emergency as his minority government remains on knife edge amid popular discontent and mass protests from far-right fringe parties against the lockdown. Sanchez's support has been waning with every vote to extend the state of emergency, which gives the government the power to restrict constitutional rights such as free movement and assembly.

What is happening in India?

In India, the lockdown is in its fourth phase, with the economy almost completely opened up and railway services are already underway. Domestic passenger flights services will commence from Monday after a gap of two months amid confusion over what quarantine rules may apply to the travellers, but some states will see "limited" operations and the resumption delayed by up to three days.

Bookings had opened for around 1,050 domestic flights planned for Monday, but the revised measures announced on Sunday have led to cancellation of several flights leaving hundreds of passengers disappointed. The airlines, which were allowed to operate one-third of their capacity, will now have to further rework their flight schedules.

What has been the political impact of the lockdown? A study reveals some interesting findings.

People are more worried about economic crisis than health issues emanating from coronavirus pandemic, according to an online study conducted by IIM Lucknow on "Understanding public sentiment during lockdown". The study—conducted by Centre for Marketing in Emerging Economies (CMEE) at IIM Lucknow—revealed that majority (79 per cent) of people are worried and surrounded by feeling of fear (40 per cent) and sadness (22 per cent).

1.  The single largest reason for worry was the economic impact of the lockdown following by the uncertainty around how long this will last. Worry of getting infected was not actually their biggest worry (14 per cent).

2. Worries of economic impact are top most in mind of people (32 per cent) while fear of others behaving irresponsibly during lockdown (15 per cent) and the uncertainty of it all (16 per cent) are the other key fears.

3. About 3 out of 5 expressed confidence in the government actions to help India combat the pandemic.

5. Twenty nine per cent people surveyed felt good about people cooperating and adhering to required rules, 26 per cent expressed satisfaction with lower number of cases, and 19 per cent appreciated the strong leadership shown by the government, said the study based on 931 respondents.

The study was conducted online in English across various social media platforms like Facebook, Linkedin and covered the Lockdown 1.0 and 2.0 period (March 25th to May 3rd). Given the nature of these platforms, the survey has a skew predominantly towards male (62 per cent) versus female (38 per cent), higher education (63 per cent post graduation and over) and upper income participants with 40 per cent of over 10 lakh annual income.

The study reveals a good percentage of confidence in the measures enacted by the Central and state governments; it also reveals, much like the rest of the world, a growing disenchantment with mandatory lockdowns and increasing personal economic worries even as health ranks a close second. The governments has a tight rope to walk on.

How is Indian economy faring?

By all indications, the economy is in dire straits. A Moody's outlook earlier this month predicted India’s GDP growth to hit ‘zero’ in FY21 (meaning growth remains flat) and pointed to a wide fiscal deficit, high government debt, weak social and physical infrastructure, and a fragile financial sector.

On Friday, the RBI predicted that the GDP growth in 2020-21 will be in the negative territory. "India seeing collapse of demand; dip in electricity, petroleum product consumption; fall in private consumption," RBI Governor Shaktikanta Das said. "Private consumption has seen the biggest blow due to COVID-19 outbreak. Investment demand has halted. Government revenues have been impacted severely due to slowdown in economic activity amid COVID-19 outbreak," said Das.  Among Indians, About 84% of Indian households saw their incomes fall last month under the world’s strictest shelter-at-home rules.