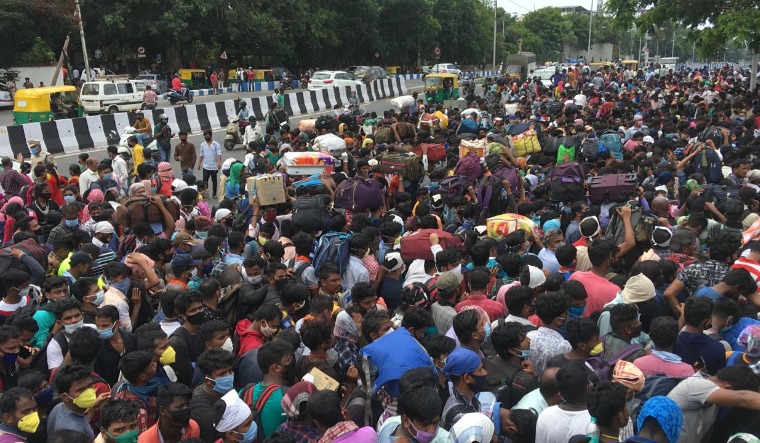 Approximately 4,000 migrant workers from several states gathered at the Palace Grounds area of Bengaluru on Saturday in order to register for trains to return home. The gathering caused a stir as social distancing guidelines were flouted.

Workers from states such as Tripura, Odisha and Manipur were present at the Palace Grounds. Many of these migrants had received confirmation of bookings for trains, but only about a thousand were allowed to travel.

K. Sudhakar, Karnataka's minister for medical education, was present at the spot. Sudhakar was quoted by ANI as saying, "I talked to them (migrants); they are worried and want to go back to Manipur but I hope they will return to Bengaluru as this is their second home."

Large crowds of migrant workers have been gathering at the Palace Grounds over the past several days to register to travel on the Shramik trains. These migrants are typically screened and their documents verified. From the Palace Grounds, they are taken by buses to railway stations.