Abhay Thipsay served as a justice in the Allahabad, Bombay HCs and retired in 2017 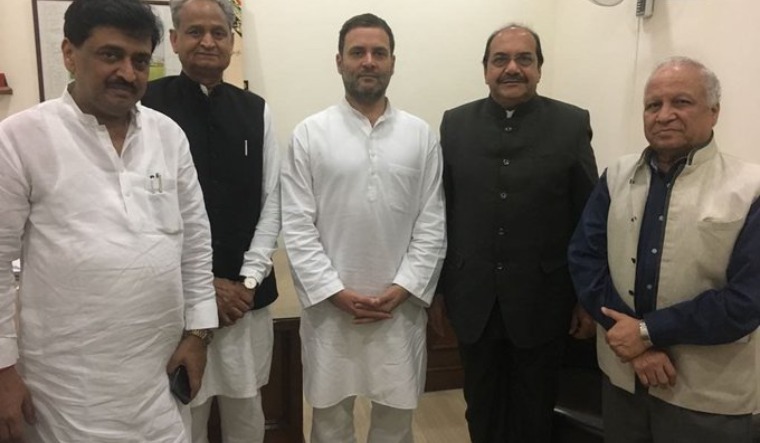 The Congress party had made the Punjab National Bank scam a key theme of its accusations against the Narendra Modi government. Congress leader Rahul Gandhi in particular had harped on the alleged proximity between Nirav Modi, the key accused in the PNB scam, and Prime Minister Narendra Modi.

But on Thursday morning, the Congress and Rahul Gandhi were being trolled on social media after news emerged that a former High Court justice, who had joined the party in 2018, had appeared as a defence witness for Nirav Modi in a hearing in a UK court on Wednesday.

Nirav Modi had challenged the Indian government's extradition request for him and a court in London is conducting hearings on it. Thipsay appeared on Wednesday via videolink and made a statement on the legal nuances under Indian law around the inadmissibility of some of the police statements in the case against Nirav Modi as well as the definition of deception under Indian law.

The Times of India quoted Thipsay as telling the court, "Unless someone is deceived, there can be no cheating under Indian law. Deception is an essential ingredient of an offence of cheating. If no one was deceived in issuing LoUs (letters of undertaking), there is no question of a corporate body being deceived. The authority given to officials of the bank to issue LoUs cannot be said to be property and they cannot be said to be entrusted with property and therefore there cannot be a criminal breach of trust."

Thipsay's argument was challenged by the Crown Prosecution Service. The Indian government on Wednesday submitted further documents as "corroboratory evidence" in its case of fraud and money laundering against Nirav Modi.

BJP spokesperson Sambit Patra tweeted asking "what was the deal between Rahul and Nirav?". Patra tweeted, "Here in India, Rahul Gandhi takes Nirav Modi, asks the government question ... On the other hand, Rahul's special and Congress's Abhay Thipsay (former judge) witness in favor of Nirav Modi. After all, what is it that Rahul does not want Nirav to come to India? What was the deal between Rahul and Nirav in the party that night?" Patra appeared to be referring to a party attended by Nirav Modi and Rahul in Delhi in 2013.

Abhay Thipsay served as a justice in the Allahabad and Bombay High Courts and retired in 2017. Thipsay had heard the Sohrabuddin Sheikh encounter case and Best Bakery massacre case related to the 2002 Gujarat riots. In an interview to The Indian Express in February 2018, Thipsay claimed the justice system had failed in the Sohrabuddin Sheikh case. Home Minister Amit Shah was one of the accused in the case, before he was discharged in late 2014. Thipsay had told mediapersons he had received threats during the time he heard the Best Bakery case.

Thipsay had faced flak for granting bail to actor Salman Khan in a hit-and-run case after a lower court convicted him in 2015.

Thipsay joined the Congress in June 2018 in the presence of Rahul Gandhi, who was then president of the party. At the time of joining the Congress, Thipsay had claimed, "After my retirement, I was disturbed with the growing communalism and aggressive nationalism. I can't do anything alone and was seeking a platform."