Is there community spread of COVID-19 in India? How ICMR's 'sero-survey' will find out

People from Red, Orange and Green zones will be tested at random 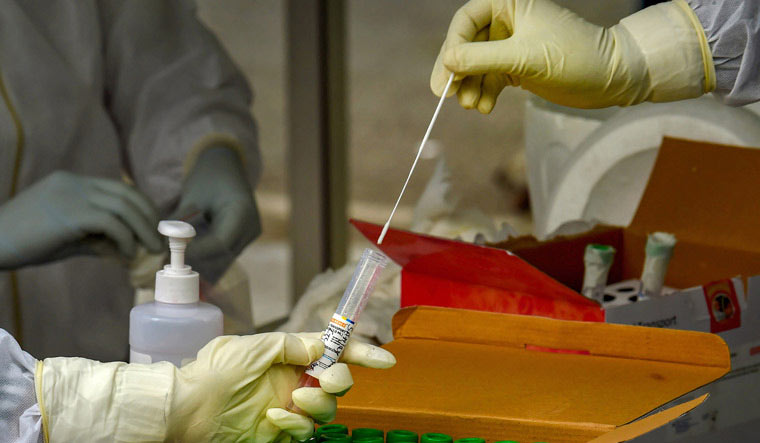 The Indian Council of Medical Research (ICMR), in association with numerous other stakeholders, is conducting a population-based sero-survey to estimate the prevalence of coronavirus infection among the Indian population. News agency PTI quoted an expert associated with the survey who said that the exercise will help ascertain if there has been community transmission of the virus.

The survey will be conducted in 69 districts of 21 states and Union Territories. The move was announced after the death toll due to COVID-19 rose to 2,293 and the total number of cases climbed to 70,756 in the country on Tuesday.

According to an official statement: "The ICMR, New Delhi, in collaboration with the Department of Health and Family Welfare, Government of India and National Centre for Disease Control (NCDC) with support from state health departments and key stakeholders, including WHO, is conducting a community based sero-survey to estimate the prevalence of SARS-CoV-2 infection in Indian population," the statement said.

How does the survey work?

A sero-survey involves testing of blood serum of a group of individuals to determine the presence of antibodies against that infection. People from Red, Orange and Green zones in a district will be tested for COVID-19 at random to check if they have developed antibodies against the infection even though they are asymptomatic or show mild symptoms. The survey will involve collection of venous blood samples from 400 randomly selected individuals (one per household) from 10 clusters in each selected district, divided into low risk and high risk groups.

At least 100 samples of healthcare workers from selected districts will be tested per week (400 per month). Besides, 50 samples each of the outpatient attendees and pregnant women will be collected per week (200 per month). Throat and nasal swabs will be collected for RT-PCR tests and samples should be tested in a one-time pool of 25. "In addition to throat/nasal swabs, blood samples should be collected for detecting Immunoglobulin G (IgG) antibodies for ELISA testing. In subsequent rounds, IgG ELISA-based testing of serum samples will replace RT-PCR based testing for surveillance purpose," according to the official documents.

Data on demographic characteristics will be collected on a specifically designed standard data collection form. The data will be analysed locally for action using standard indicator formats. Indicators for person, place, time and trend analysis will be made.

Where will the survey be conducted?

Is there community transmission in India?

When asked if there has been community transmission of COVID-19 in India, joint secretary in the health ministry Lav Agarwal, on Monday, had said: "Some clusters have been found here [in the country], and in some cases in some particular locations relatively large outbreaks have also been noticed."

"And, in this context, if you remember even AIIMS Director [Dr Randeep Guleria] had said that if these are not contained properly, the transmission rate would become higher. So, it is important for us now to focus on containment efforts and ensure that we do not reach the stage of community transmission," he had said.

ELISA kits will be used for the survey

Both RT-PCR and ELISA kits will be used by the Centre for the survet. India's first indigenous antibody test for COVID-19, 'COVID KAVACH ELISA', was earlier developed by the Pune-based National Institute of Virology. The serological test will detect the IgG antibody, and will be used for surveillance purposes in hotspots.

The test kit has the advantage of testing 90 samples together in a single run of 2.5 hours, so that healthcare professionals can proceed quickly with necessary next steps. The test also has an advantage of having much higher sensitivity and specificity as compared to the several rapid test kits which have recently flooded the Indian market. The ICMR recently cancelled orders for about half a million COVID-19 rapid antibody test kits from China after they were found to be giving out inaccurate results.