This will be used for surveillance purposes in hotspots 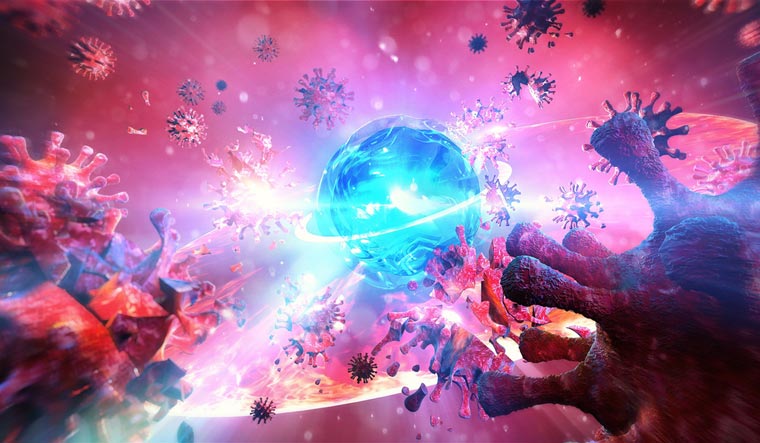 India's first indigenous antibody test for COVID-19, 'COVID Kavach Elisa', has been developed by the Pune-based National Institute of Virology. The serological test will detect the Immunoglobulin G (IgG) antibody, and will be used for surveillance purposes in hotspots.

"The test was validated at two sites in Mumbai and has been found to have high sensitivity (false negative) and specificity (false positive)," the health ministry said in a statement.

The test will have the advantage of testing 90 samples together in two-and-a-half hours. "Moreover, Elisa-based testing is easily possible even at district level as the Elisa kit has inactivated virus. There are also minimal bio-safety and bio-security requirements as compared to the real-time RT-PCR test. The test has an advantage of having much higher sensitivity and specificity as compared to the several rapid test kits which have recently flooded the Indian market," the ministry said.

In April, rapid antibody test kits from two Chinese companies turned out to be "faulty", and import of these kits from China was banned by the drug controller. Since then, several public health experts have raised the subject of procuring costs and batch-wise testing of antibody kits. Several states have also issued tenders for procuring antibody kits.

“IgG antibody develops during the late phase of infection, and remains in the body even after the patient has recovered from SARS-CoV2. So, if a person tests positive for SARS-CoV-2 specific IgG antibodies, then it means that the person had the infection, but they recovered. Having data from these tests will be useful to have an idea about the total number of SARS-CoV-2 infected patients,” Dr Sunit K Singh, professor of molecular immunology and virology, Banaras Hindu University had told THE WEEK earlier.

Singh, who is also the head of the molecular biology unit, faculty of medicine, Institute of Medical Sciences, BHU, had also said if those numbers are available, we may be able to the estimate actual fatality rate (death rate) due to COVID-19 in the Indian population.

The COVID-19 pandemic has spread across 214 countries with a total of 38,55,788 confirmed cases and 2,65,862 deaths. "Most countries in the world are struggling to contain the pandemic using possible interventions. There is an augmented demand for various types of diagnostic tests by countries all across the globe. Most of the diagnostic material for COVID-19 is imported into India from other countries. Therefore, Indian scientists are tirelessly engaged in developing indigenous diagnostics for SARS-CoV-2, the causative agent of COVID-19," the health ministry said in a statement.

The ICMR-National Institute of Virology (NIV), Pune is the apex laboratory of the country with state-of-art infrastructure and expertise for research in virology, the ministry said. Scientists at NIV isolated the SARS-CoV-2 virus from laboratory confirmed patients in India. This has helped them develop indigenous diagnostics for SARS-CoV-2.

"While real time RT-PCR is the frontline test for clinical diagnosis of SARS-CoV-2, robust antibody tests are critical for surveillance to understand the proportion of population exposed to infection," the health ministry statement said.

The ICMR has partnered with Zydus Cadila for mass scale production of the Elisa test kits. After development at ICMR-NIV, Pune, technology has been transferred for mass scale production to Zydus Cadila, which is an innovation driven global healthcare company. Zydus has proactively taken up the challenge to expedite the approvals and commercial production of the Elisa test kits so that they can be made available for use at the earliest.