Justice Katju notes Modi has no inkling of how to deal with economic, COVID-19 crises 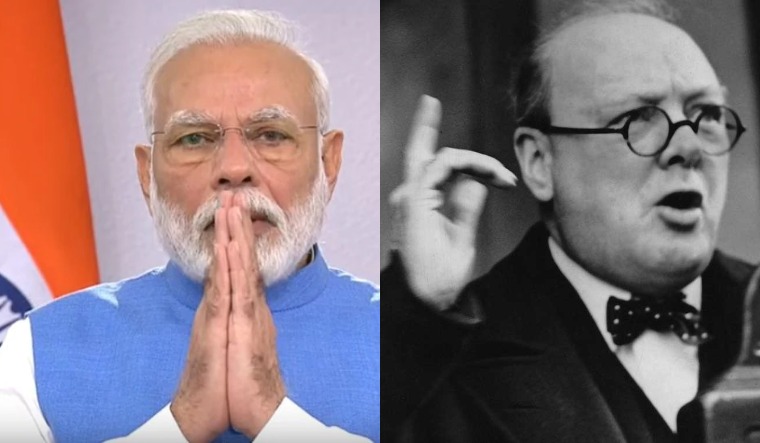 India is facing a crisis of epic proportions, and it is obvious to everyone (except his diehard supporters) that Prime Minister Narendra Modi has no inkling what to do about it, except utter homilies and platitudes. The Indian economy has tanked, with steep manufacturing decline and record unemployment (as even admitted by the National Sample Survey, a Government of India body). The coronavirus pandemic and consequent lockdown has further pushed the economy downwards.

In my opinion, Modi should now seriously consider forming a national government, including leaders of the present opposition parties and also some scientists and technical and administrative experts.

Then British prime minister Winston Churchill had done this in May 1940 when faced with the looming danger of invasion by Nazi Germany. This British national government functioned from May 1940 to May 1945 when World War 2 ended. During this period, there were no opposition parties in the British Parliament, since the opposition had joined the government. Churchill, who was from the majority Conservative Party was the prime minister, but Clement Atlee, the leader of the opposition Labour Party, became the deputy prime minister. There were others from the Labour Party, too, who joined the national government.

With due respect to Prime Minister Modi, I wish to say that the critical problems facing the country today are too big for him and his party to handle alone. The economy is sinking rapidly and the pandemic has greatly aggravated the situation. We are, no doubt, not facing the danger of foreign invasion, as Britain was facing in May 1940, but we are facing a danger, which, though different, is of equal magnitude. Food riots may break out anytime in India, since 80-90 per cent of our workforce (40-45 crore people)—which consists of daily wagers, migrant workers and others—has lost their livelihood. Consequently, law and order may collapse, leading to anarchy. So what is needed today is the combined effort of the whole nation.

In this grave situation, my appeal to the prime minister is to set aside political and ideological differences and rise to the occasion by forming a national government of the kind Churchill had done that will pull us out of this crisis.

Modiji, you will be hailed as a great statesman, like Churchill, if you do so!

Modiji, form a national government immediately as Churchill had done in May 1940.