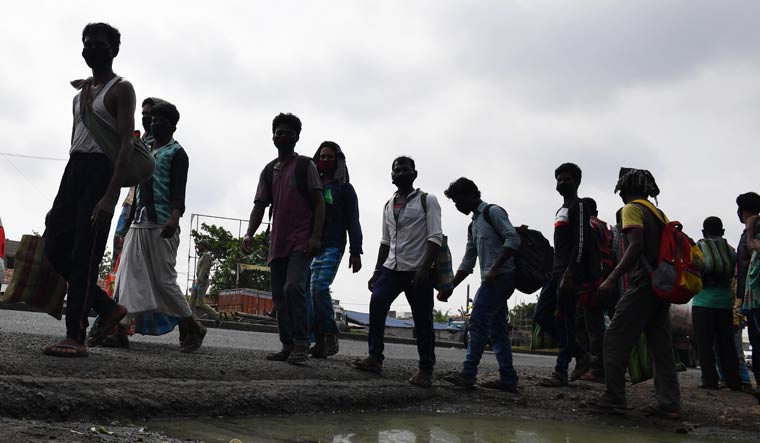 The media has shown on TV screens and on the internet streams, lakhs of migrant workers in towns and cities heading home to their villages, on foot, walking hundreds of kilometres, some dying on the way, during the nationwide COVID-19 lockdown declared by Prime Minister Narendra Modi.

No doubt this has caused a lot of hardship and suffering to these people and their families, but the more important question, which nobody asks, is this: what will these people do on getting home?

They had migrated from their villages to the cities and towns in search of a livelihood, as there was none available in their village. The population of India had increased from about 45 crores in undivided India in 1947 to about 135 crores today in India separated from Pakistan and Bangladesh. There is, therefore, too much burden on the cultivable land. Moreover, machinery had partially displaced labour. So, for both these reasons, villagers migrated to cities in large numbers after 1947. It is estimated that in 1947, 85 per cent Indians were living in villages and only 15 per cent in cities. Today, it is believed only 60-70 per cent Indians live in villages, and the rest in cities.

Now, to send back crores of people who had migrated from villages to towns to their villages, raises the question that what will these people do in their villages? There is no work for them there. They will only become a burden on their relatives, and would hardly be welcome. In the towns, they were earning some money which they would send back to their wives and children living in the village. Now, even their wives would hardly be happy at their return as they would not earn for their families, rather they would need to be fed by someone.

One is reminded of John Steinbeck's great novel Grapes of Wrath, which is about migrants who fled from Oklahama, Texas, Arkansas and some other states of USA, as they lost their livelihood (because of the dust storms and recession in the 1930s), to California where they thought they would get jobs, but found they were unwelcome there as local workers thought they would depress wages, and they would bring in diseases.

Steinbeck writes, “Ripe grapes spill their juices when pressed for wine. Similarly, the migrants were ripe with wrath and boiling with anger that was ready to spill forth. In their souls, the grapes of wrath were filling, and growing heavy.”

The same can be said of conditions in India. I fear unless there is some drastic remedial measure by the Centre, food riots and civil disorder may start soon in many parts of India, as happened in France in 1789 because of bread shortages in Paris and other cities leading up to the French Revolution, or as happened in St Petersburg In Russia when women demonstrated demanding bread in February 1917, causing the February Revolution.

Perhaps the prime minister should now consider forming a National Government, including leaders of the present opposition parties and also some scientists, technical and administrative experts, as British Prime Minster Winston Churchill did in May 1940, when faced with the looming danger of invasion by Nazi Germany.