The Madras High Court order stands till the lockdown is lifted 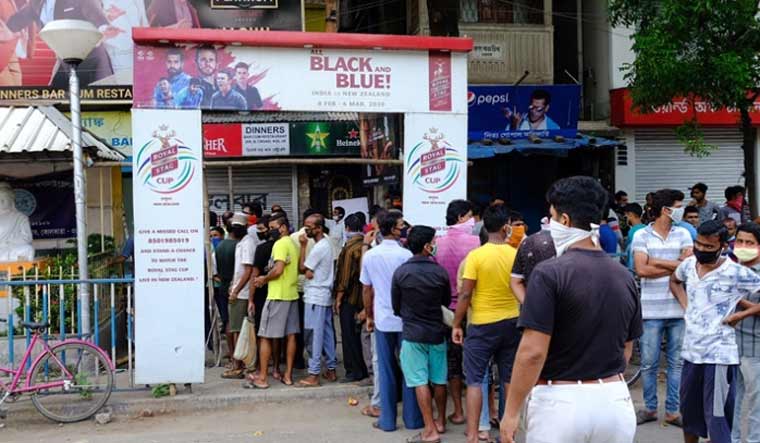 The Madras High Court on Friday evening ordered the closure of all government-run TASMAC liquor shops across Tamil Nadu, causing huge embarrassment to the state government a day after it opened over 3,700 shops. The high court order stands till the lockdown, imposed to contain the spread of the coronavirus, is lifted.

A special division bench of Justices Vineet Kothari and Pushpa Sathyanarayana passed the interim order citing blatant violations in the conditions imposed by the court on May 6. The court had earlier permitted the reopening of 3,700 out of the total 5,300 shops across Tamil Nadu on May 7.

On Thursday, as TASMAC shops across the state opened, Rs 170 crore worth of liquor (nearly 20 lakh litres) was sold, owing mostly to the weaker sections of the society. The most demanded volume in the market in two days was ‘quarter bottles’ and at least 80 per cent of the sale was brandy. The sale of quarter bottles was 60 per cent as against 10 per cent sale of full bottles and 30 per cent half bottles. The crowd and the long queues in front of TASMAC shops reportedly made social distancing difficult as norms imposed to curb the spread of the virus went for a toss.

On May 4, the state government had announced that TASMAC shops will be opened in Tamil Nadu, except for containment zones. The government then decided to partially withdraw its order after COVID-19 cases in Chennai grew rapidly due to the Koyambedu cluster, saying that liquor shops will be reopened across the state, except for Chennai.

While opposition parties in the state opposed the reopening of the shops, Kamal Haasan’s Makkal Needhi Maiam went to the Madras High Court seeking closure of the shops. Reacting to the court’s order, Kamal Haasan said that it has been proven that justice has prevailed.

Meanwhile, Tamil Nadu saw yet another spike in COVID-19 positive cases, with the number reported on Friday alone touching 600. For the past few days, the daily number of confirmed cases has continuously been above 500 in the state.