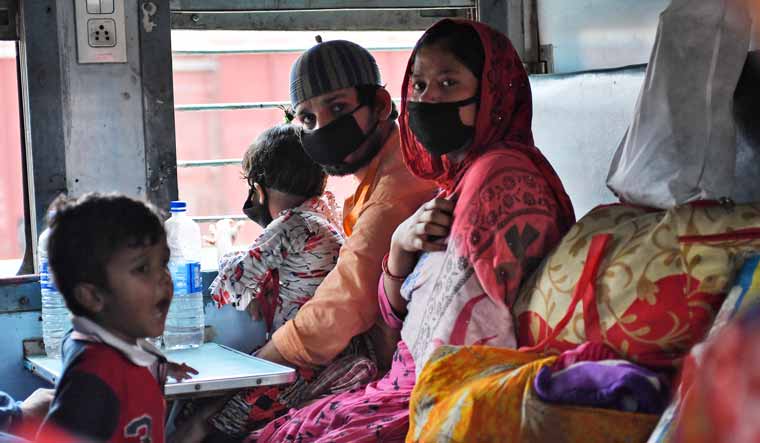 Amidst the grave crisis involving lakhs of migrant workers finding themselves stranded due to the COVID-19 lockdown, the office of the Chief Labour Commissioner (CLC) under the Union Ministry of Labour and Employment claims it does not have state-wise and district-wise data about the migrant workforce despite it having directed the regional heads based in 20 centres across the country to enumerate every such worker within three days during the second week of April.

CLC Rajan Verma on April 8 had issued a circular to his regional heads to collect data about every stranded migrant worker in every district and state. Templates were issued for data capture during the enumeration process. Both blue and white collared workers were to be enumerated in this manner. The regional heads were given three days to collect this data and send it to the CLC.

However, in response to an application filed under the Right to Information by activist Venkatesh Nayak, the CLC responded: “As per the stat section is concerned, no such details are available based on requisite information.”

On May 5, a day after the third phase of the lockdown began, Nayak received an automated email from the RTI online facility stating that his application had been disposed of. He said when he checked the status of the query on the website, instead of a proper response under his name and signature, the CPIO has entered the reply: “As per the stat section is concerned, no such details are available based on requisite information.”

“There was no indication whether my RTI application would be transferred to any other section or public authority, or if any effort would be made to collate the information from the enumeration exercise and make it publicly available,” Nayak said.

He said what was also odd about the reply was that most other CPIOs upload a scanned copy of their reply on the RTI Online facility in addition to emailing it to the applicant under their name and signature. “So the CLC CPIO's cryptic one-liner reply raises serious doubts about the availability of data about migrant workers despite the launching of the enumeration exercise. Does the CLC or any other public authority in government have accurate data about the number of stranded migrant workers or is there any reason why it does not want to make such information public?”

Nayak has filed a complaint before the Central Information Commission, in this case, requesting an early hearing.