The kid is allergic to goat, cow and buffalo milk 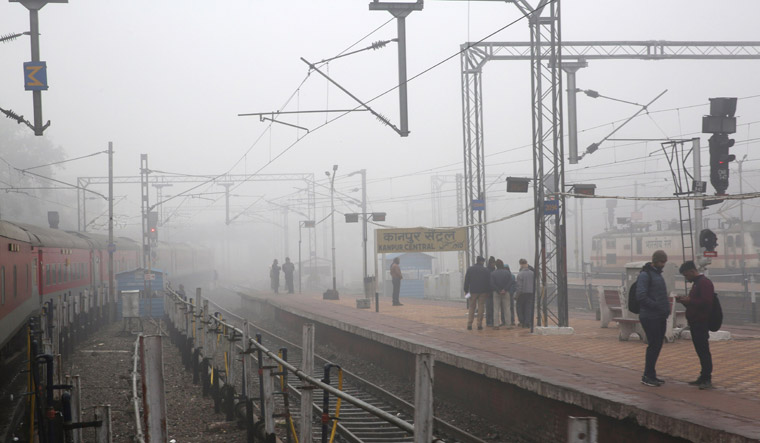 The railways transported 20 litres of camel milk to a family in Mumbai after a woman tweeted about its non-availability for her three-and-a-half-year-old autistic child, who is allergic to goat, cow and buffalo milk.

This good deed of the railways came to light on Saturday when senior IPS officer Arun Bothra tweeted about it.

"20 lts. camel milk reached Mumbai by train last night. The family has kindly shared part of it with another needy person in the city. Thanking Sh.Tarun Jain, CPTM, North-West Railways who ensured an unscheduled halt to pick the container," Bothra said in a tweet.

20 lts. camel milk reached Mumbai by train last night. The family has kindly shared part of it with another needy person in the city.

Renu Kumari, the mother of the child, had tagged Prime Minister Narendra Modi in a tweet, in which she highlighted her son's plight.

"Sir I have a 3.5 years old child suffering from autism and severe food allergies. He survives on Camel Milk and limited quantity of pulses. When lockdown started I didn't have enough camel milk to last this long. Help me get Camel Milk or its powder from Sadri (Rajasthan)," she had said in the tweet.

People from all across the country put forward several suggestions on Twitter, including Bothra, who contacted Advik Foods, the first brand of camel milk products in the country based in Rajasthan.

The company offered its camel milk powder for the child. However, sending it to Mumbai was an issue.

"The matter came to our notice when Bothra tweeted about it. I discussed the issue with senior DCM, Ajmer, Mahesh Chand Jewalia. We decided that parcel cargo train no. 00902, running between Ludhiana and Bandra in Mumbai, will be stopped at the Falna station in Rajasthan, although it does not have a scheduled halt there, the package will be picked up from Falna and delivered to the woman in Mumbai," Chief Passenger Traffic Manager, North Western Railway (NWR), Tarun Jain told PTI.

He said through Jewalia, instructions were sent to Chief Commercial Inspector Akhil Taneja to co-ordinate with the operating department and the supplier to ensure that the camel milk is loaded at Falna.

"After taking permission from the appropriate authority, the train was stopped and the camel milk was delivered to the woman at Bandra. For us at the Indian Railways, this is not the time to look at commercial gains. We have been asked to help out wherever possible in whichever way we can. Our (NWR) trains run through 18 districts of the country and we will do whatever is needed to help people out," Jain said.