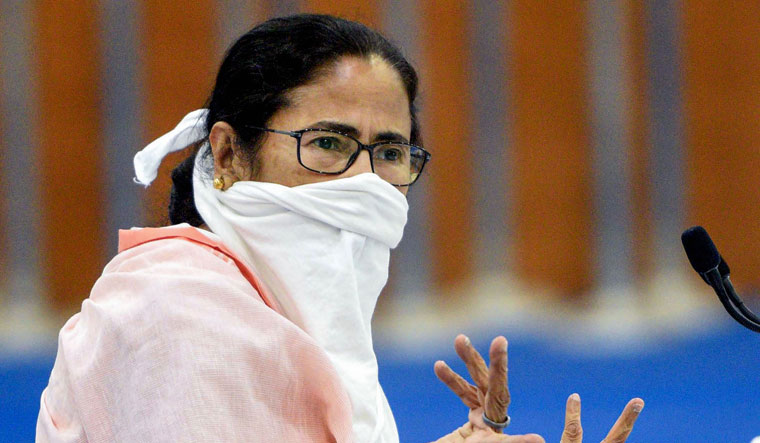 "As per further reports received from the security agencies, gradual dilution of lockdown has been reported from West Bengal with an increase in the number of exceptions provided by the state government," the letter stated. The mail was sent to the West Bengal secretariat a day before Prime Minister Narendra Modi met chief ministers of all states, including Mamata Banerjee, through a video-conference to assess the lockdown situation.

Signed by K. Srinivasu, a deputy secretary at the home ministry, the mail is addressed to the chief secretary and director general of police of West Bengal.

The home ministry meant that apart from the specified measures taken by the Union government to keep essential services relaxed from the lockdown, the state government has used its authority to give more exceptions. This has not gone down well with the home ministry.

The letter further said, "Shops relating to non-essential items have been allowed to function. There is no regulation in the vegetable, fish and mutton markets where people have been throbbing in complete violation of social distancing."

According to the ministry, the places where the violations took place in Kolkata include Raja Bazar, Narkel Danga, Topsia, Metiaburz, Gardenreach, Ikbalpur and Maniktala. THE WEEK reported about the issue of lockdown violation in West Bengal in its latest issue.

"Significantly, the areas like Narkel Danga are reportedly witnessing more COVID-19 cases,” said the official. The letter blamed the state police for allowing the violations and religious functions.

The ministry alleged that the violations have become a part of the political process to dilute the lockdown. "It has been reported that police have been allowing religious congregations. Free rations are distributed not through institutional delivery systems, but by political leaders." This might have aided in spreading COVID-19 infections in West Bengal.

It noted that all such actions were violations of the home ministry's orders issued from time to time, under the Disaster Management Act, 2005. "These are liable for penal action under the act."

Meanwhile, CM Mamata Banerjee has selected nine hotspots in the state where the government has imposed a 24-hour lockdown from Friday. In a silent move, her government refused to spell out the names of the places. However, the police beefed up protection in these places from Saturday. This gave rise to speculations that the government might relax the lockdown for a large part of the state, except the hotspots. The letter from the home ministry is sure to spoil her plan.