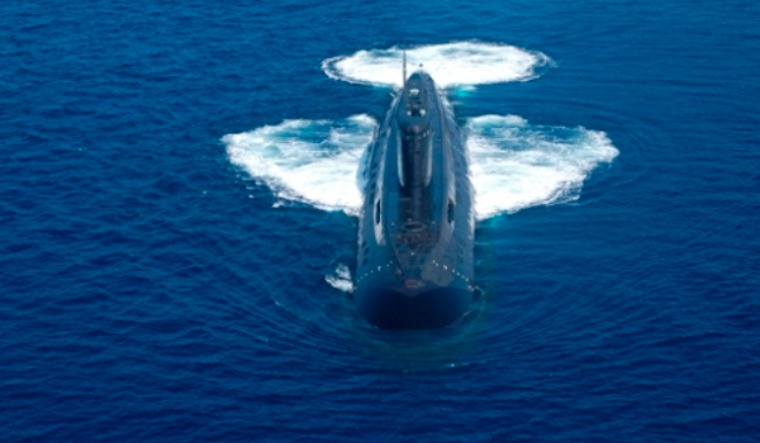 The Indian Navy is examining a proposal by a Russian shipbuilding company to supply three refurbished 'Kilo' class diesel-electric submarines, a defence website reported on Thursday.

"The entire package—dubbed 'three plus three'—has reportedly been priced at $1.8-2 billion," Jane's Defence Weekly reported. An agreement was expected to be formalised at a meeting of Russian and Indian officials in Goa in March, which was cancelled on account of the coronavirus outbreak. The submarines on offer from Russia are reportedly ships that are about 30-years-old.

Over the past two decades, India and Russia have worked to upgrade the Kilo class fleet with new sonar systems, electronics and weapons, including the Klub cruise missile, which can hit ships and targets on land. The ongoing upgrade will extend the operational life of these vessels to 35 years. Most of these submarines were upgraded at the Zvezdochka shipyard at Severodvinsk in Russia.

The offer from Russia for refurbished submarines comes as the Indian Navy grapples with a shortage in diesel-electric submarines, caused by the delays in the induction of the French-designed Scorpene class ships. The Indian Navy has also made slow progress on finalising a supplier for six new submarines under the Project 75I programme, which estimated to have a contract value of about $7 billion dollars. The Indian Navy can induct the old Russian Kilo class submarines faster as it is familiar with the design and its equipment.

The Kilo class submarine has been exported to numerous countries including China, Iran and Vietnam. Russia is continuing to build an upgraded version of the Kilo class for its navy.

Interestingly, the offer for the used submarines comes months after Russia confirmed that the Indian Air Force was planning to "urgently buy" 21 ‘mothballed’ MiG-29 fighters. Last year, the CEO of Russia's MiG Aircraft Corporation claimed that a deal was being negotiated.

The government had granted preliminary approval for the deal, estimated to be valued at $847 million, in February last year. The 21 MiG-29 jets are believed to be jets that were built in the Soviet era, but had not seen service.