In February, there were reports IAF was looking for an emergency shipment of 21 jets 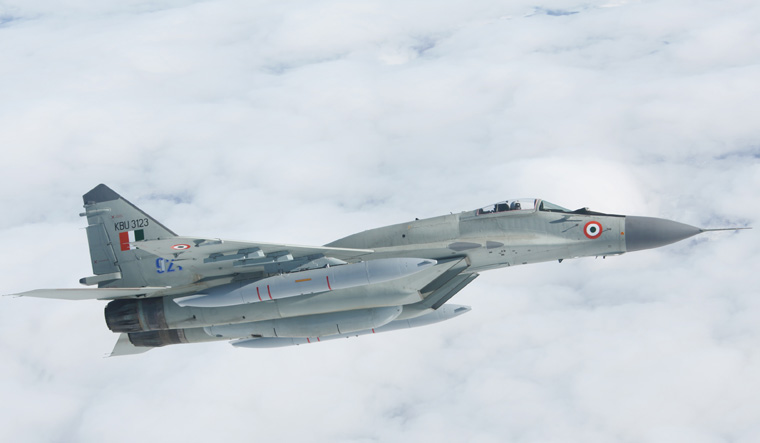 Nearly seven months after Indian and international media outlets reported that the Indian Air Force was planning to “urgently” buy 21 MiG-29 fighters, the CEO of the aircraft's maker has confirmed negotiations are being held.

Ilya Tarasenko, CEO of the MiG Aircraft Corporation, was speaking to mediapersons during the MAKS airshow at Zhukovsky near Moscow on Wednesday. Tarasenko was quoted by Russia's state-run TASS news agency as saying “The request [from India] is at the stage of negotiations.”

In February, multiple Indian publications, including The Times of India, Business Standard and Hindustan Times, reported that the Indian Air Force was looking for an “emergency shipment” of 21 MiG-29 fighters from Russia to make up for falling squadron strength.

The Indian Air Force was the first non-Warsaw Pact nation to receive the MiG-29 in 1986. The MiG-29 was designed as a short-range air superiority fighter, meant to shoot down enemy aircraft at both short-range and beyond-visual range. It is significantly lighter and smaller than the Sukhoi Su-30MKI. In addition to the Indian Air Force, the Indian Navy has purchased 45 units of a version of the MiG-29 to operate off the INS Vikramaditya aircraft carrier.

The Indian Air Force purchased 78 MiG-29 fighters since the 1980s and the fleet currently totals over 60 aircraft. Three squadrons operate the MiG-29. In 2009, the Indian Air Force began an upgrade of its MiG-29 fleet to equip it with new electronics, radar and the capability to fire air-to-ground weapons. The upgraded MiG-29, referred to as the MiG-29UPG, also has a distinctive 'hump' behind the cockpit for a large fuel tank to boost its range.

According to the media reports in February, the Indian Air Force is eyeing MiG-29 fighters that were built in the late 1980s by the Soviet Union. The Times of India reported that these aircraft had not flown in Soviet service and had been 'mothballed' and kept in storage due to shortage of funds.

Aviation International News, a trade publication reporting on defence and commercial aviation, reported in February that the Narendra Modi government had granted preliminary approval to a ministry of defence request to buy the 21 MiG-29 jets at a cost of $847 million (approximately $40 million per aircraft). The publication noted that a MiG-29 bought from Russian stocks would cost “three times below what Hindustan Aeronautics Ltd (HAL) charges for a freshly assembled Sukhoi Su-30MKI and five times below the reported cost for a Rafale”.

The 21 MiG-29 jets are expected to be upgraded by the Indian Air Force to the MiG-29UPG standard. In addition to their lower purchase cost, another advantage in buying the MiG-29 is the fact that Indian Air Force would find it easy to induct the aircraft into service quickly as pilots, technicians and other ground crew are already familiar with the fighter.