As many as 6,000 litres of cow urine is consumed in the state every day 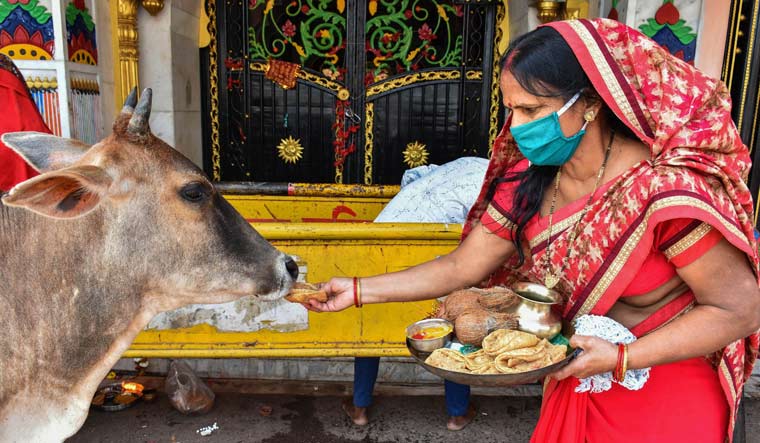 In the wake of coronavirus outbreak, Gujarat is reportedly witnessing a significant spike in the sale and consumption of cow urine.

According to an Economic Times report, Rashtriya Kamdhenu Aayog chairman Vallabh Kathiria said as many as 6,000 litres of cow urine is consumed in the state every day.

Many believe that cow urine has medicinal properties and can boost immunity. A few weeks ago, Akhil Bharat Hindu Mahasabha had reportedly organised a gaumutra (cow urine) party at its office at Mandir Marg in Delhi. Images and videos of the gaumutra party, showing the participants of the event drinking cow urine, had gone viral. According to a Reuters report, nearly 200 people had attended the event.

Kathiria told ET that cow urine is not only consumed by people in the state, but also used as body spray to ward off “malicious microbes”.

"Apart from improving digestion, gaumutra strengthens the lymphocytes and is reach in antioxidants," ET quoted Kathiria as saying. He said the increased demand is not only for fresh cow urine, but also for condensed one, used both for drinking and gargling.

Kathiria further claimed that "cow urine kills bacteria and would definitely be helpful in fighting the coronavirus,” reports ET. The state reportedly has around 4,000 gaushalas of which as many as 500 are involved in collection and processing of cow urine.

According to ET, a person who runs a cow shelter in Ahmedabad and another cow activist too confirmed to this spurt in demand in the state.

Senior Congress leader Oscar Fernandes were among those who who extolled the virtues of cow urine. Participating in a debate in Rajya Sabha on two bills for setting up national commissions for homoeopathy and Indian systems of medicine in March, he had shared an anecdote about a man claiming to have cured his cancer by drinking cow urine to drive his point home.

It is to be noted that a civic volunteer fell ill after drinking gaumutra at a cow urine consumption event in Kolkata a few weeks ago. A local BJP worker of Jorasakho area in North Kolkata had organised a cow worship programme at a cowshed and distributed cow urine. He vouched for its "miraculous" properties while offering gaumutra to others. A civic volunteer, who was on duty near the cow shed, also consumed gaumutra and fell sick.