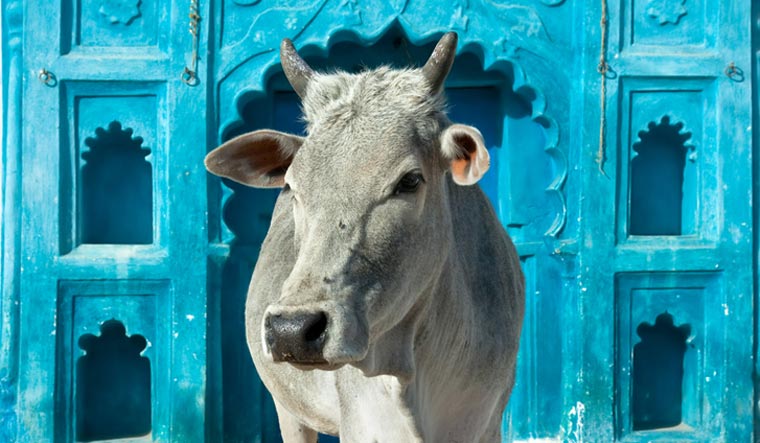 A BJP activist has been arrested for organising a cow urine consumption event in Kolkata, claiming that it will protect people from coronavirus or cure those already infected, leading to a civic volunteer falling ill after drinking it, police said on Wednesday.

He was arrested late Tuesday night following a complaint filed by the victim, they said.

According to police officials, 40-year-old Narayan Chatterjee, a local party worker of Jorasakho area in North Kolkata, had on Monday organised a cow worship programme at a cowshed and distributed cow urine.

He vouched for its "miraculous" properties while offering gaumutra to others.

A civic volunteer, who was on duty near the cow shed also consumed gaumutra and fell sick on Tuesday, following which he lodged a complaint with the police against Chatterjee.

Reacting to the arrest, the state BJP leadership criticised the state government.

"So how can just police arrest him without any reason. This is completely undemocratic," state BJP General Secretary Sayantan Basu said.

West Bengal BJP chief Dilip Ghosh has said there is no harm in drinking cow urine and he has no qualms in admitting he consumes it.

His party colleague and MP Locket Chatterjee, however, differed, terming it an "unscientific belief" that should be shunned.

The cow urine distribution as a cure for coronavirus had drawn sharp criticism from the ruling TMC and opposition Congress.