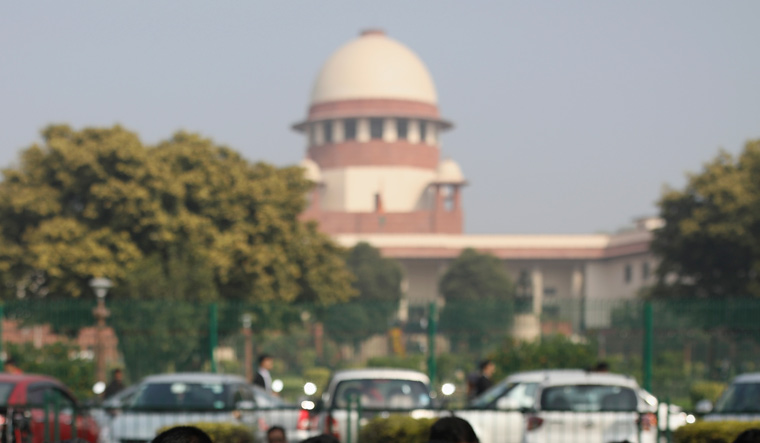 The Supreme Court had on Tuesday responded to an affidavit filed by the Centre, which had sought that “no media outlet print, publish or telecast anything on coronavirus without first ascertaining facts from the mechanism provided by the government.”

The apex court, in a bench comprising bench of Chief Justice S.A. Bobde and L. Nageswara Rao noted in a report on a petition concerning relief for stranded migrant workers that the “migration of large number of labourers working in the cities was triggered by panic created by fake news that the lock down would continue for more than three months.”

“Such panic driven migration has caused untold suffering to those who believed and acted on such news. In fact, some have lost their lives in the process. It is therefore not possible for us to overlook this menace of fake news either by electronic, print or social media.”

Observing that fake news could be more harmful than the virus itself, the apex court directed the media to refer to and publish the official version about coronavirus-related developments.

“We do not intend to interfere with the free discussion about the pandemic, but direct the media refer to and publish the official version about the developments,” the court said.

The court also invoked the 2005 Disaster Management Act, saying that it provides for punishment of up to one year or a fine for a person “who make or circulates a false alarm or warning as to disaster or its severity or magnitude, leading to panic.”

The apex court also directed the government to, within 24 hours, create a portal providing a daily bulletin on the virus in India “through all media avenues including social media and forums.”

“In particular, we expect the Media (print, electronic or social) to maintain a strong sense of responsibility and ensure that unverified news capable of causing panic is not disseminated.”

The government on Tuesday launched a dedictaed Twitter handle to provide COVId-19 updates.

We should not get 'infodemic' while fighting against #CoronaOutbreak.

It is important to be updated with correct information on #COVID19.

The News Broadcasters Association (NBA) on Wednesday welcomed the Supreme Court's directive that the media should report responsibly and weed out any "fake news" in social media while telecasting news on the coronavirus crisis.

In a statement issued by its president Rajat Sharma, the NBA said it is also pleased to learn that a daily bulletin by the government through all media avenues, including social media and forums, will be made available to clear the doubts of people.

"This would help media immensely to clarify the doubts and enable them to do accurate reporting," the statement said.

The NBA welcomed the Supreme Court order dated March 31 and agreed that the media should report responsibly and weed out any fake news in social media while telecasting news on the coronavirus crisis.

The NBA appreciates that the apex court has acknowledged the freedom of the press and has stated that it does not intend to interfere with the free discussion, debate and coverage about the pandemic, the statement said.