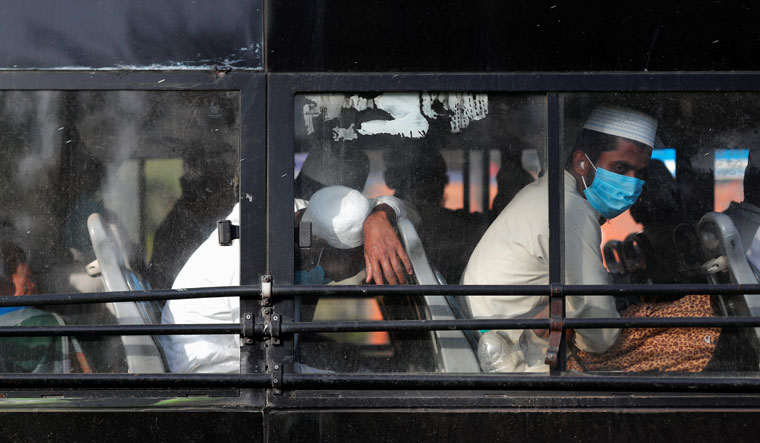 After a Tablighi Jamath gathering, in the early days of March, at Delhi's Nizamuddin sparked fears of a national COVID-19 outbreak, BJP IT cell chief Amit Malviya tweeted that Delhi has seen an "Islamic insurrection of sorts in the last three months". "Delhi’s dark underbelly is exploding! Last 3 months have seen an Islamic insurrection of sorts, first in the name of anti-CAA protests from Shaheen Bagh to Jamia, Jaffrabad to Seelampur. And now the illegal gathering of the radical Tablighi Jamaat at the markaz. It needs a fix!" he wrote.

Delhi’s dark underbelly is exploding! Last 3 months have seen an Islamic insurrection of sorts, first in the name of anti-CAA protests from Shaheen Bagh to Jamia, Jaffrabad to Seelampur. And now the illegal gathering of the radical Tablighi Jamaat at the markaz. It needs a fix!

Aside from the congregation in Nizamuddin, Malviya was also referring to the anti-CAA protests that had sprung across the national capital. From March 1-15, over 2,000 delegates, including those from countries like Indonesia and Malaysia, attended a religious gathering organised by the Islamic organisation at Markaz in Delhi's Nizamuddin. They had returned to their homes in virtually every state, including Telangana, West Bengal, Karnataka and Gujarat. Many of these states have reported COVID-19 cases linked to this congregation. Seven deaths on Monday were reported in connection with COVID-19 spread from the congregation. Now, authorities have authorities have launched a nationwide search to identify and isolate participants. There are fears that thousands present there could have carried the infection to the length and breadth of the country.

The Tablighi Jamath had said in a statement, according to Al Jazeera, "A rumour started gaining ground across social media that allegedly people affected with COVID-19 are present in Markaz. It is also being circulated that certain deaths have occurred due to the same. Under such compelling circumstances there was no option for Markaz Nizamuddin but to accommodate the stranded visitors with prescribed medical precautions till such time that situation becomes conducive for their movement or arrangements are made by the authorities."

The Delhi Police has cordoned off a major area in Nizamuddin West here where many people showed symptoms of coronavirus after taking part in the Tabligh-e-Jamaat held earlier this month that was attended by over 2,000 people. "With respect to the Nizamuddin area, we all need to understand and appreciate that this is not the time to do fault finding. What is important for us is to take action as per our containment process in whatever areas we find a case," Health Ministry official Lav Agarwal said at a press briefing. Twenty-four people who took part in the religious congregation have tested positive for the novel coronavirus, Delhi Health Minister Satyendar Jain said earlier on Tuesday. He said 700 people who attended the congregation have been quarantined while around 335 people have been admitted to hospitals, and that screening of all those who participated in the event was being conducted by the government.