These districts will get special focus, including stricter implementation of lockdown 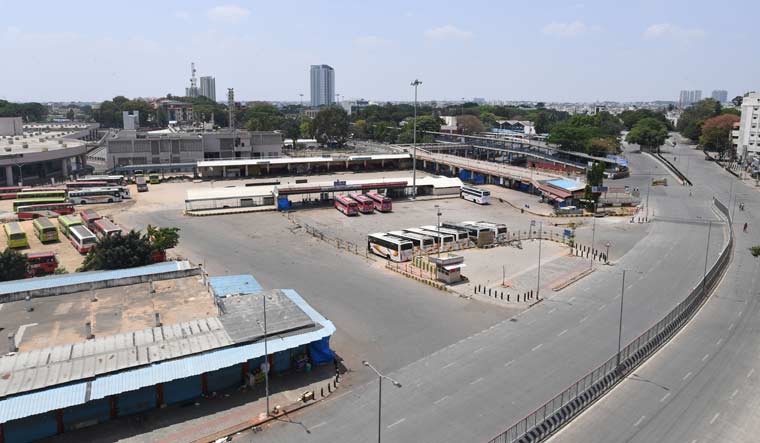 Even as the total number of people who tested positive for coronavirus in Karnataka climbed to 105 on Wednesday, the state government declared Bengaluru and four other districts as 'cluster zones' or 'red zones'.

"Till date, 105 COVID-19 positive cases have been confirmed. This includes three deaths and nine discharges," a statement from the state health department stated on Wednesday.

The other districts declared 'red zones' are Dakshina Kannada, Chikkaballapur, Mysuru and Uttara Kannada. Bengaluru and Mysuru are also among the 25 hotspots identified by the ministry of health and family welfare.

With 45 confirmed cases, Bangalore tops the cities with most number of cases in Karnataka, followed by Mysuru (14) and Chikkaballapur (9). Eight cases each have been reported from Dakshina Kannada and Uttara Kannada. Bengaluru has witnessed one death due to coronavirus while seven people have been discharged after treatment, according to media reports.

"Karnataka government has already ensured strict measures in most of our districts. Bengaluru is one among them and it is natural to be termed as ‘hotspot’ as there is a movement of more than two million IT population in the city and needs extra attention, The New Indian Express quoted state Medical Education Minister K. Sudhakar as saying.

According to officials, the districts that have been declared cluster zones will get special attention, including implementation of stricter lockdown measures.

On Tuesday, 13 people who works at a Mysuru-based pharmaceutical company had tested positive. According to TNIE, the cluster began with one of the employees who did not have a travel history testing positive, forcing the entire 1,372 employees of the company to go on quarantine.