TN frets over coronavirus risk from 1,500 who attended religious event in Delhi 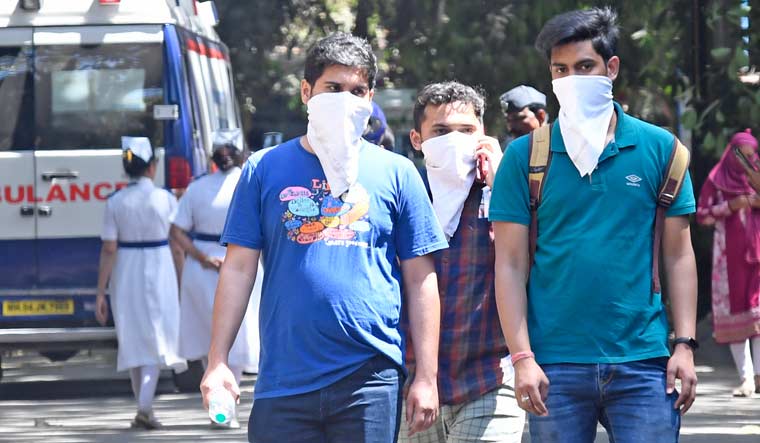 Tamil Nadu on Sunday saw a sudden surge in the number of novel coronavirus (COVID-19) cases. The number jumped up to 50 cases on Sunday, as four members from one family were infected. The four were indirect contacts of two Thai nationals admitted at the IRT Medical College in Perundurai near Erode.

The Thai nationals had reportedly come to India to attend a conference organised by the Tablighi Jamath, an Islamic organisation, in Delhi. The event was held in the first week of March.

The Tablighi Jamath conference in Delhi saw participation by Islamic preachers from across Asia, including countries like Thailand, Indonesia, Kyrgyzstan and China. At least 1,500 people from Tamil Nadu attended the conference, out of which the state government has finally arrived at a list of 819 persons to trace.

“The names have been given out to the police officials and we are tracking these 819 people as we suspect that they could be infected,” tells a senior official in the health department.

The number of attendees has, literally, become a cause of concern for the authorities as these people, along with at least 50 Islamic preachers from Thailand, Indonesia and Kyrgyzstan, had fanned out to various places in Tamil Nadu such as Chennai, Kancheepuram, Chengalpet and Adirampattinam in Thanjavur.

The preachers are reportedly staying in local mosques in these districts to visit the homes of the Muslims there and preach Islam. According to authorities in Thanjavur, at least 32 Muslim pilgrims—12 from Indonesia and 10 each from Bengaluru and West Bengal—have been quarantined and are being monitored closely.

Another group of 10 Malaysian pilgrims, who arrived in Chennai, left for Malaysia on March 20 after staying in the Mamood Masjid at Mannady in Chennai.

The Thai nationals who have tested positive are reportedly from the Tablighi Jamaat, a religious outreach society that claims to spread the word of faith and communal harmony. The members of this group, according to authorities, visited mosques at Chengalpet, Kancheepuram and Adirampattinam to teach lessons on Islamic tenets to the local maulvis. In a mosque in Kancheepuram, at least 16 such people have been quarantined—10 preachers from Indonesia, four from Malaysia and two guides who accompanied them.

In fact, alarm bells began ringing in Tamil Nadu only when a 54-year-old man from Madurai, referred to as patient 12, died on March 25. The authorities went into a tizzy and began tracing the contacts, as he did not have any travel history.

“We got worried about community transmission only then,” tells a health department official. This was when the authorities found that the virus could have been transmitted to him by the Tablighi Jamaat preachers from Thailand and Indonesia.

They were in groups of eight-ten people, who had arrived in Delhi and then went to other parts of the country. In fact, one Thai national, Donrosak Khamidoi, from Songkhla in Thailand, who had arrived in India on March 6, died in Coimbatore because of foot ulcer and renal failure. Though he tested negative for coronavirus, there are doubts whether he was a part of the Islamic preachers group. He had visited mosques at Perundurai in Erode from March 11 to 17.

After the two Thai nationals tested positive, at least 295 families, comprising 1,118 people have been quarantined, as they visited mosques in nine streets in Perundurai town.

The state authorities are also on the look-out for 1,500 people who attended the Tablighi Jamath conference in Delhi in the first week of March. Out of the 17 samples tested among the group that had returned from Delhi, 16 have tested positive for coronavirus. Of these 16, 14 people are in Erode district itself, according to authorities. While the list of 819 out of the 1,500 people who attended the conference is with the authorities, the government has stepped up its investigations to trace and track the remaining 600-odd people.

Sources say that the people who attended the conference are from Trichy, Perambur, Ariyalur, Erode, Pudukottai and Nagapattinam. Authorities feel that monitoring can be easy if these people come in person and declare that they had been part of the conference.