Cases are cropping up with no history of foreign travel 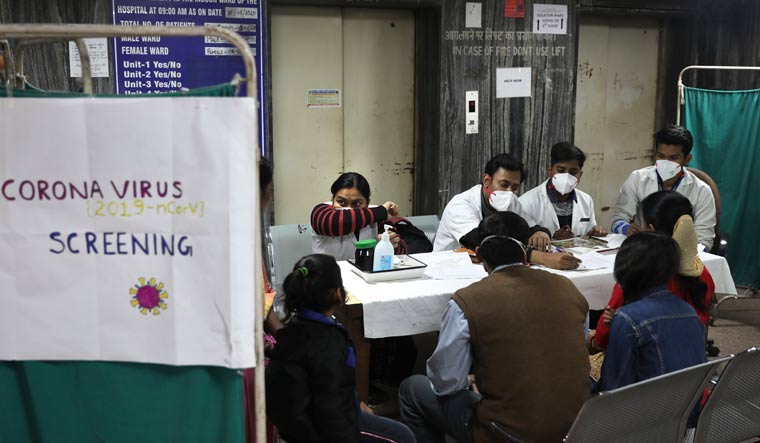 On Saturday, a 57-year-old man in West Bengal was tested positive for the coronavirus, but reportedly had no history of foreign travel.

This case, the fourth confirmed one in the state, was identified as a resident of Dumdum in North 24 Parganas district. He was reportedly suffering from coughs and fever, symptoms which grew over the day. This has raised the spectre of ‘community transmission’, which is when the disease transmits, not from traceable foreign contacts, but within a community, which makes it much harder to stop.

At the same time, in Pune, a 40-year-old woman tested positive for coronavirus. According to numerous reports, the woman who is currently on ventilator support did not have any foreign travel history, but was in Maharashtra’s Vashi for a wedding.

"We are investigating the case. Although she tested positive for Covid-19, she does not have a history of travel abroad. She must have come in contact with someone who had foreign travel history," district collector Naval Kishore Ram said, reported News18.

There was also a second confirmed case in Tamil Nadu—a 20-year-old man with no overseas travel history was confirmed positive for coronavirus in Chennai. His travel details are unknown. The man, who hails from Delhi, is undergoing medical care at the Rajiv Gandhi Government General Hospital (RGGGH). Health Minister Dr Vijayabaskar said his condition is "stable".

The Union health ministry maintains that there was no evidence of community spead and that these specific cases was still being looked into. The Indian Council of Medical Research (ICMR) had insisted that India is currently at Stage 2 of the coronavirus pandemic that has hit over 100 countries, hinting there is no community transmission of the virus.

In stage 2, the disease is transmitted locally from infected persons who are in close contact or from those who travelled abroad. The source of the virus can be traced easily, as opposed to community transmission stage 3—the phase in which people are unable to identify how they got the virus. If community transmission begins, it would be extremely difficult for governments to contain the rapid spread of the disease.

At Stage 4, the situation is similar to that of Wuhan, where the disease spread like wildfire.