President Kovind likely to be tested for coronavirus 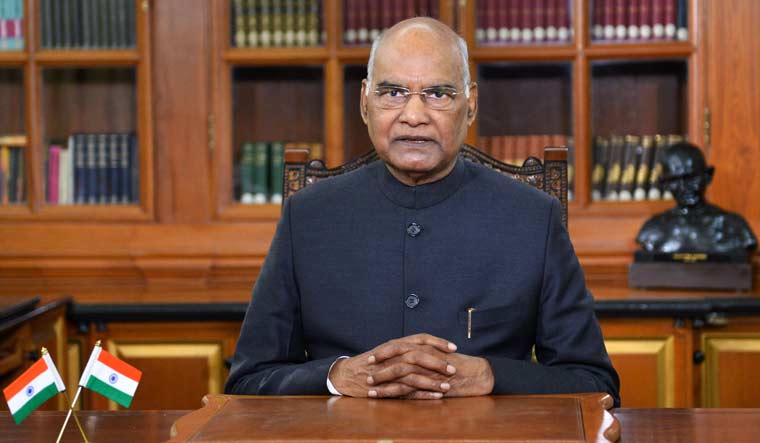 President Ram Nath Kovind will undergo testing for the novel coronavirus, according to reports. This comes in the wake of Kovind attending a breakfast meeting with Rajasthan MP Dushyant Singh, two days after the latter attended a party with singer Kanika Kapoor, who tested positive for the disease.

Dushyant is currently in self-quarantine along with his mother and former Rajasthan chief minister Vasundhara Raje who was also present at the party in Lucknow.

Attended breakfast hosted by Hon’ble President Kovind ji along with Members of Parliament from Uttar Pradesh & Rajasthan at Rashtrapati Bhavan this morning.

Dushyant had tweeted photographs from the breakfast meeting hosted by the President for 96 MPs from UP and Rajasthan on March 18. The meeting also saw the presence of Defence minister Rajnath Singh, Women and Child Development minister Smriti Irani, Skill Development Minister Mahender Nath Pandey, Water Resources minister Gajender Singh Shekhawat and Minister of State for Road Transport V.K. Singh. Though there are speculations, there is no official confirmation on whether all present at the breakfast meeting will undergo a test for novel coronavirus.

On Friday, singer Kanika Kapoor became the first Indian celebrity to test positive for Covid-19. In a statement released on Instagram, Kanika said: For the past 4 days I have had signs of flu, I got myself tested and it came positive for COVID-19. My family and I are in complete quarantine now and following medical advice on how to move forward.”

Kanika, who had attended several gatherings in Lucknow and tested positive, has been booked for negligence and disobedience to the order issued by a public servant, an official said. Kanika had just returned from the UK and allegedly hid her travel history details.