MPs of all opposition parties, except the Samajwadi Party, walked out 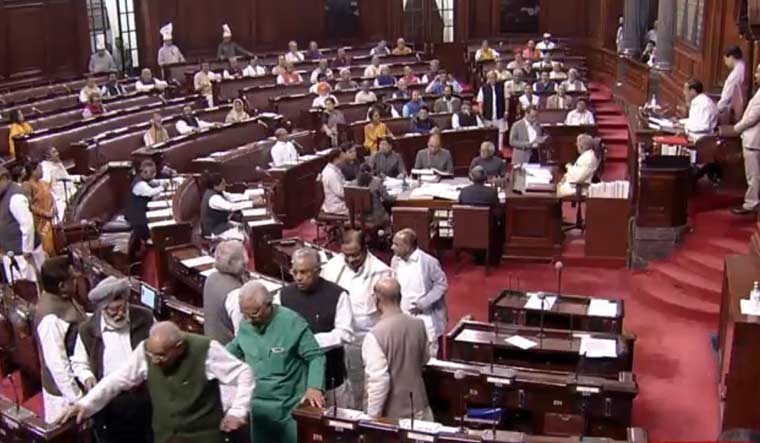 Former chief justice of India Ranjan Gogoi took oath as a nominated member of the Rajya Sabha on Thursday, amid chants by opposition members.

As Gogoi reached the designated spot to take the oath, opposition members raised slogans, including 'shame', prompting chairman M. Venkaiah Naidu to say that it was unbecoming of members.

MPs of all opposition parties, except the Samajwadi Party, walked out to protest against Gogoi taking oath.

Law Minister Ravi Shankar Prasad defended Gogoi, saying, “Rajya Sabha has a great tradition of many eminent persons coming from diverse fields, including former chief justices. Justice Gogoi who has taken oath today will surely contribute his best. It was grossly unfair to do that (walkout)."

The Congress had condemned the appointment of Gogoi, calling it a "serious, unprecedented and unpardonable assault" on the basic structure of the Constitution.